Barrientos (Abertis): "The Climate Change Law goes in the right direction, but it is not enough" 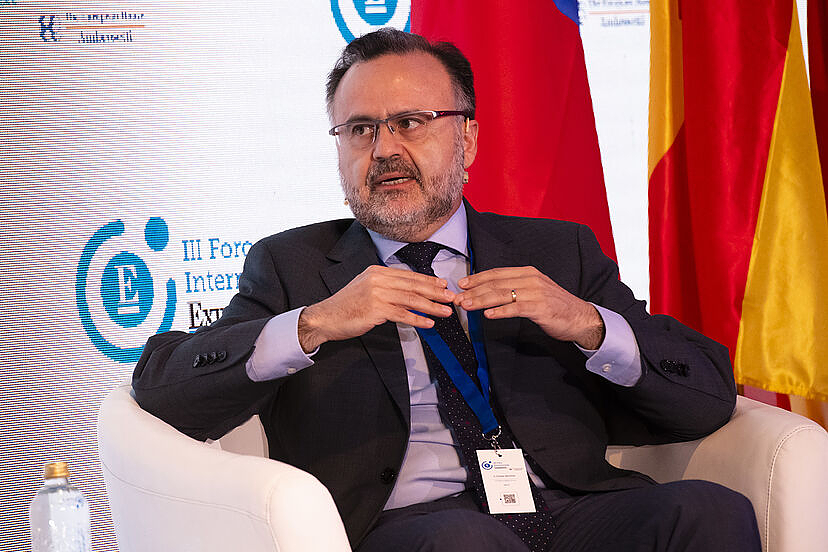 In a social and economic model in which cities have an increasingly important weight, policies aimed at achieving more sustainable spaces from an environmental point of view are a priority. This is the opinion of Christian Barrientos, CEO of Abertis Mobility Services, who advocates implementing measures that favor the use of less polluting vehicles and, in addition, allow urban environments to be decongested.

"Cities are already one of the main centers of polluting gas emissions and everything is going to get worse if we do nothing," warns Barrientos during his speech at the III EXPANSIÓN International Forum.

Barrientos recalls that the world is urbanizing, with between 3,500 and 4,000 million people living in cities. According to UN projections, it is expected that in 2030 60% of the population will be living in urban environments - today it is 50% - and in 2050 it may reach 70%. "With these figures, an additional 2 billion people will live in urban environments," he added.

For Barrientos, the approval of the Climate Change Law, which obliges cities with more than 50,000 inhabitants to implement low-emission zones, is already "a big step."

"By means of penalties, the aim is to encourage those who have a more polluting car to look for an alternative means of transport or change their car for a less polluting one. These measures go in the right direction for decarbonisation, but it is not enough," he clarifies.

For Barrientos, the next step will be to complement these measures with others, such as those included in the bill proposed by the current administration to achieve sustainable mobility and in which rates are applied that serve to decongest cities.

The CEO of Abertis Mobily Services points out that with the use of electric cars, the collection for the use of fuel will disappear. "What worries many administrations in the United States is how to establish a fairer pay-per-use charge," he says.

Barrientos adds that the capabilities of electric cars and, above all, self-driving cars allow information to be extracted to determine the routes, hours or type of vehicle that circulate on the roads.

The manager advances that there are already systems to implement a payment for use, but its application will require a debate and a consensus. "Resources are scarce and have to be distributed to finance a series of needs. The authority has to prioritize and think about what models are applied," he says.

Barrientos also indicates that in the countries in which payment for use has been applied "successfully" there has been a "consensus" between the city, the political world and the private sector.

‹ ›
Keywords:
Forointernacional
Your comment has been forwarded to the administrator for approval.×
Warning! Will constitute a criminal offense, illegal, threatening, offensive, insulting and swearing, derogatory, defamatory, vulgar, pornographic, indecent, personality rights, damaging or similar nature in the nature of all kinds of financial content, legal, criminal and administrative responsibility for the content of the sender member / members are belong.
Related News