Armenia-Azerbaijan: three questions on the resurgence of violence in the Caucasus

These are new fights which illustrate how the situation remains explosive between Azerbaijan and Armenia, two countries whose relations are historically tense. 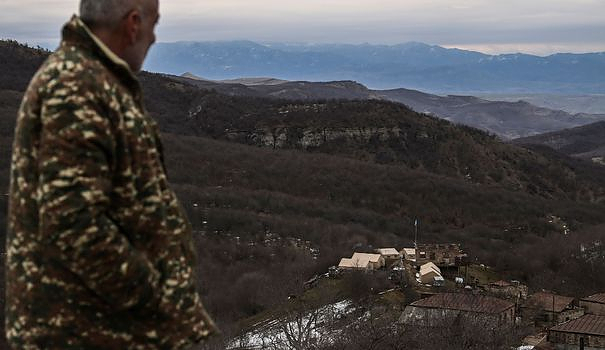 These are new fights which illustrate how the situation remains explosive between Azerbaijan and Armenia, two countries whose relations are historically tense. At least 49 Armenian soldiers were killed on Tuesday, September 13 in large-scale clashes that broke out overnight, Yerevan announced. It is the deadliest fighting between the two countries since the war in 2020.

"At the moment we have 49 (soldiers) killed (...) and unfortunately this is not the final number," Armenian Prime Minister Nikol Pashinian said during a speech to parliament in Yerevan. Azerbaijan also acknowledged "losses", but without giving a figure.

The two countries blame each other: Azerbaijan has accused Armenia of "large-scale subversive acts", adding that Armenian mortar fire had caused "losses" in its ranks. Armenia, for its part, accused Azerbaijan of "aggression" and of having initiated hostilities by an "intensive bombardment" of its positions in the direction of several cities such as Goris and Sotk.

Russia, which claims the role of arbiter in the Caucasus, announced that it had negotiated a ceasefire agreement in force since 06:00 GMT. The eruption of violence comes as Moscow, which deployed a peacekeeping force to the region after the 2020 war, has its hands busy with its difficult military offensive in Ukraine.

The intensity of Tuesday's clashes on the Armenia-Azerbaijan border has "sharply decreased", but the situation remains "extremely tense" despite a Moscow-brokered ceasefire, the ministry said. Defense Armenian. "As of 2 p.m., the situation remained extremely tense at some points along the border... Despite a sharp decrease in the intensity of the shelling, the enemy continues to try to advance," the Armenian ministry of security said. the Defense in a press release.

Overnight, the United States said it was "extremely concerned", calling for an immediate cessation of fighting between Baku and Yerevan. Turkey, an ally of Azerbaijan, for its part called on Armenia on Tuesday to "stop its provocations and focus on peace negotiations". The European Union called on Tuesday for an end to hostilities between Armenia and Azerbaijan and undertook mediation between the two countries, announced the head of European diplomacy Josep Borrell. "It is imperative that hostilities cease and there is a return to the negotiating table (...) President (of the Council) Charles Michel is contacting the leaders of the two countries and I am talking today with the respective foreign ministers," he said in a statement.

France, for its part, will seize the UN Security Council. The French president "continues to call for strict respect for the ceasefire and respect for the territorial integrity of Armenia", added the Elysée. He "stands available" to discuss with Azerbaijani President Ilham Aliyev and "at the disposal of the parties so that all issues relating to and resulting from this conflict are settled exclusively through negotiation".

Nikol Pashinian had called on the international community to react, during talks with several foreign leaders including Russian Presidents Vladimir Putin and French President Emmanuel Macron. "With this escalation, Azerbaijan is undermining the ongoing peace process" between Yerevan and Baku with the mediation of the European Union, the Armenian Prime Minister said.

Armenia and Azerbaijan, two rival ex-Soviet republics in the Caucasus, have a stubborn hatred for each other. They have clashed in two wars over the past three decades for control of the Nagorny Karabakh region, a predominantly Armenian-populated enclave that seceded from Azerbaijan in 1991 with Armenian support.

After a first war that killed more than 30,000 people in the early 1990s, Armenia and Azerbaijan clashed again in the fall of 2020 for control of this mountainous region. In six weeks, more than 6500 people were killed in this new war, lost by Armenia. Prior to the 2020 conflict, the heaviest recent fighting was in April 2016, killing some 110 people there.

As part of a ceasefire deal brokered in 2020 by Moscow, which deployed peacekeepers to Nagorny Karabakh, Yerevan ceded significant territory to Azerbaijan. This outcome was experienced as a humiliation in Armenia where several opposition parties have been demanding since the resignation of Nikol Pashinian, whom they accuse of having made too many concessions to Baku.

If clashes have regularly opposed the two countries along their common border since the end of the 2020 war and a precarious balance reigns, the fighting on Tuesday is the deadliest for two years and constitutes an escalation.