THE SMOG is bad, it is not a novelty. But the dangers are greater than expected: the most recent research suggests that air pollution could kill almost nine m THE SMOG is bad, it is not a novelty. But the dangers are greater than expected: the most recent research suggests that air pollution could kill almost nine million people each year around the world. A cost in lives twice as much as previously estimated and due in the first instance to the cardiovascular disorders , the first cause of death and disability related to the fine dust present in the air of large cities. Confirmation of this is a recent analysis published in Hematologica by three Italian experts, that makes the point about the effects that air pollution on human health, underlining another problem more than ever in these days when the smog and bustle of almost all the large cities of the peninsula: the european limits for the concentration of fine dust in the air are insufficient to protect the health of citizens.

READ more - Block traffic, the smog, the director of the Cnr: "The firm to the no need for a car, the measures of the statutory auditors are useless,"
Particulate matter, an enemy to health In the air there are a lot of potentially toxic substances . And of these particulates is certainly one of the most dangerous and widespread, so much so that it is now considered to be a key indicator to assess the wholesomeness of the air. The smaller these particles, the greater the health risks, because of the small size allow you to get more in depth in the body: the Pm 2.5, i.e. particles with average size equal to 2.5 micrometers (or millionths of a meter), are among the most dangerous, because they are able to creep deep into the alveoli of the lungs, and to reach even the blood stream. According to the Who, every year, the excessive levels of Pm 2.5 cause in the world of about 4 million preventable deaths, which are mainly related to cardiovascular disorders. And according to recent research, it is a given that underestimates strongly the problem.

“Several works published in the last two years, they revised upwards the number of deaths caused by air pollution, possibly double previous estimates by the Who,” explains Pier Mannuccio Mannucci, , professor of internal Medicine at the university of Milan and one of three authors of the new research. “Even in Europe, the deaths attributable to the effects of pollution would be almost twice as much as previously thought. And this is not only for people weakened by disease or age. What it is clear is that polluted air is the cause of many serious diseases: cancers and respiratory problems , as it is easy to expect, but also, and above all, diseases of the cardiovascular system , such as heart and stroke ”.

READ more - Smog, the effects on health: not only the lungs and the heart. Causes damage to the brain
Risks in the short and long-term smog is then an insidious foe, capable to harm to health both in the short and long term. American data reveal, for example, that for every 10 micrograms per cubic meter of particulate matter that is most present in the air in a given day, in the following the overall mortality increase of 0,68%. While similar research conducted in Europe and in Italy speak of a 0,78% mortality for each increase of 10 micrograms per cubic meter. At the same time, chronic exposure to polluted air is equally, if not more, dangerous to the health. A study of 2015 has analysed what impact the particulate matter on mortality in general in the most populous nations in europe, establishing that for every 100 thousand inhabitants in Germany are recorded every year, 154 premature deaths caused by exposure to excessive levels of Pm 2.5, in Poland, 150 in Italy, third in this sad ranking, well 136.

Also on the mechanisms by which particulate matter can compromise the cardiovascular health, now, there remain many doubts. “These particles are like sponges, soaking of any harmful substances, in particular toxic metals like nickel or chromium, and carry them in the body, where they activate the inflammatory system,” says Mannucci. “You arrive in the organs, and in particular in the blood, the dust, therefore, cause oxidative stress and ipercoagulazione, increasing the chances of heart attack and stroke, and the frequency of cardiac arrhythmias”. The dangers – said the expert – are a bit’ all, but they are even more severe for at risk groups: the elderly, the sick, pregnant women and children. And they may also have less visible effects, subtle, but no less dramatic: the parts in polluted areas tend to, for example, either in infants with a lower body weight, and children who grow up in areas with little green, and then a worse quality of air, have on average an iq lower than that of those who live in the countryside in areas with a lot of urban green.
The legislation Determined that the particulate matter has serious effects on health, the question is obvious: at which concentrations begin the dangers? Answer is not easy, but what is certain – ensures Mannucci – is that the levels to which we are exposed in the major Italian cities are already too high: the tolerance thresholds laid down in the european headquarters, in fact, are extremely generous. “The Who has developed guidelines on the quality of the air, which suggest a threshold based on the levels for which there seem to be no health risks,” says Mannucci. “Speaking of Pm 2.5, the Who indicates a limit of 10 micrograms per cubic meter as an annual average, while the european one is still fixed at 25 micrograms per cubic meter. The thresholds that we have in Italy and in Europe are, therefore, almost two times higher than those recommended by the available research. And despite this, we continue to sforarle continually.”

Talk to the hand, and even more complex, for the so-called powders, ultra-fine, i.e., the particles with average size less than 0.1 micrometers. The particles are so very tiny they can penetrate the cells, and able to reach the brain directly from the nose. According to experts, this is the most dangerous form of air pollutants. Yet, the european standards and Italian have not yet set a limit for the levels of dust ultra-thin. And it is now known that diesel engines, more modern, and therefore theoretically less polluting, produce, in reality, the quantity also higher compared to models older. 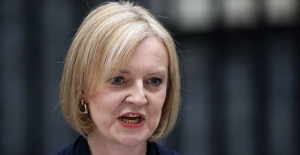