Coronavirus Covid-19, Burioni: Italy will continue with the insulation, it is the only effective measure

the ROME - In the face of the new coronavirus, "our Country must follow the line that has so far followed", and "continue in the implementation of the insu the ROME - In the face of the new coronavirus, "our Country must follow the line that has so far followed", and "continue in the implementation of the insulation measures, the only ones currently able to control the spread of the virus". These are the words of virologist Roberto Burioni in an article posted on its website information MedicalFacts.it, noting "many of the comments that you read on the possible trend of the epidemic are based, as we repeat to-day the estimates are still inaccurate".

"According to the daily evolution of the epidemic of the new coronavirus known as Sars-CoV-2) responsible for the Covid-19 (this is the name given by Who to the disease that causes) - remember Burioni - we encounter again in the comments from the uninitiated, but also - and this is the more surprising of workers to jobs of the type: 'a Lot of noise for nothing. This virus has a lethality that, in the worst case, is equal to only 3%'. Statements of this kind are taken as evidence of who he is, at best, do not know the history".

According to the virologist, "to reaffirm this latter concept is a commentary published in the journal 'Jama', the source autorevolissima that several times we have mentioned on our website, in which he reiterates as the severity of the infection is not the only parameter to take into account when you study and try to predict the effects of an outbreak, it observed, This parameter should be associated to the ease of transmission of the infectious agent in the human population. Two parameters, only if considered together, can provide an accurate picture".

"In confirmation of this, the authors cite the example of the influenza pandemic of 2009: this virus was responsible for the clinical form is not particularly serious, but characterized by a transmissibility high enough - remember Burioni - The so-called net reproduction rate, i.e. the number that indicates how many persons may be infected from a single patient, had initially been estimated at 1.7. Despite the significant severity of the disease caused, however, it is estimated that in the first year of the pandemic are death of more than 200 thousand people all over the world because of this virus". 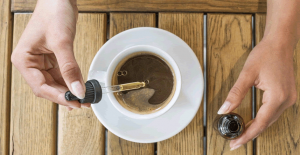 Healthy retirement living: What does it take?