Why Ken Rosenthal has left the MLB Network

Ken Rosenthal, who has been covering baseball for 12 years for the MLB Network's broadcast network, has announced that he will be leaving the channel. 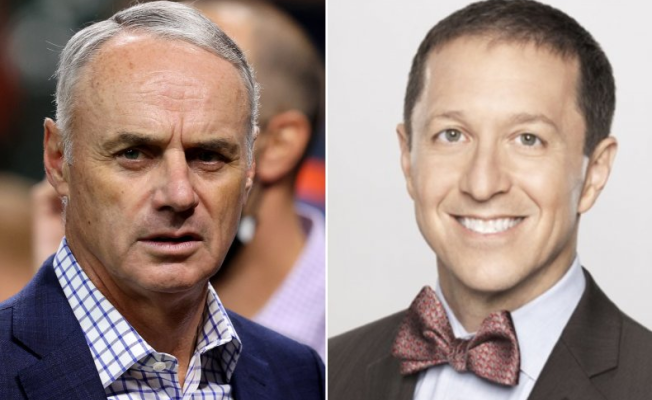 A statement was posted on social media by the famously bow-tie-wearing sports reporter confirming the news. It comes months after he publicly criticised Rob Manfred (Commissioner of Major League Baseball). His comments about Manfred were reportedly why he was kept off air for three months.

Rosenthal will be leaving the MLB Network but will continue his work with Fox Sports and The Athletic online.

Officially, Rosenthal's MLB Network contract has been terminated. This brings to an abrupt close his 12 year tenure at the network.

According to a spokesperson for MLB Network, the move was meant to improve their talent pool. According to the statement, "As MLB Network continues looking at new ways to bring MLB to our viewers," there is a natural turnover of our talent roster each year.

"Ken has played an important role at MLB Network for the past 13 years. We thank Ken for all his contributions to MLB Network's studio, event, and game programming. We wish him every success in the future.

The Post suggests that the MLB Network's decision is linked to Rosenthal’s articles for The Athletic in June 2020, where he openly criticised Manfred. Rosenthal made comments on Manfred’s handling of negotiations during the season that was threatened and then reduced by the COVID-19 pandemic.

Rosenthal was not officially suspended at that time, but he was absent from June to August and returned to coverage of the MLB Network's trade deadline coverage.

Ken Rosenthal's reaction to his departure

Rosenthal, who seemed to be taking the news under his chin, spoke out after it was made public in a positive way.

The sportswriter and reporter took to Twitter to say: "Can confirm MLB Network has not decided to bring me back. I am grateful for the 12+ years I spent at MLB Network and the lasting friendships I have made with producers, staff, and on-air personalities. My work reflects my journalistic integrity.

In a tweet, he confirmed his current job situation and said: "Nothing is changing professionally. I'm proud to be part of The Athletic and Fox Sports' great teams.

Although he has left MLB Network, Rosenthal will still be an on-field reporter at Fox Sports and a senior baseball writer for The Athletic.