San Roque is taken over by 'Plazeando’ with David Santiago and El Funde, Fernando Garcia, Jose Bellido, and Jose Bellido

After Toni Santiago's spectacular performance at Cerro de San Cristobal, the eighth edition Plazeando will be celebrating the second of its four appointments for this year. 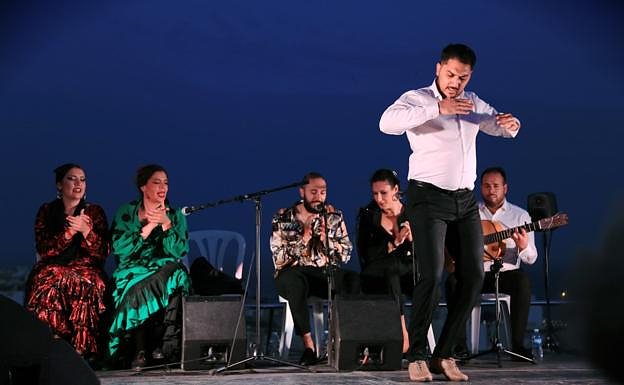 After Toni Santiago's spectacular performance at Cerro de San Cristobal, the eighth edition Plazeando will be celebrating the second of its four appointments for this year. The event will take place in Plaza San Roque at 9:00 p.m. with the youngest participant on the bill. First, David Santiago, a young guitarist, will star. He will be accompanied by Pedro el Funde on guitar, followed by Fernando Garcia on cante and Jose Bellido on guitar. This was organized by the Almeria City Council's Department of Culture and Education, in preparation for the Flamenco and Dance Festival. Jesus Fernandez coordinated the artistic coordination.

On July 5, Jose Tomas will perform the third and fourth calls. He will be accompanied by Aquilino Garcia and Cristo Heredia. Antonio de Quero will play the guitar. Finally, on July 12, the eighth edition Plazeando will close with Rocio Zamora, a well-known Almeria cantaora. It will take place in Plaza Campoamor.

Diego Cruz, Councilor for Culture recalls that Plazeando has walked through Plaza Campoamor over the years, passing by the Squares next to the Church of San Juan and the Guitar Museum or CAF. The Granero Squares, Careaga, San Roque, Pablo Cazard and the Meson Gitano. And even last year, Cerro de San Cristobal was premiered. This initiative has been established in the city's summer programming and in recent years>>.

Cruz believes that the "bringing an art like ours, flamenco, to such important squares in Almeria's historic center is an important attraction for the people."

‹ ›
Keywords:
PlazeandoTomaRoqueDavidSantiagoFundeFernandoGarciaJoseBellido
Your comment has been forwarded to the administrator for approval.×
Warning! Will constitute a criminal offense, illegal, threatening, offensive, insulting and swearing, derogatory, defamatory, vulgar, pornographic, indecent, personality rights, damaging or similar nature in the nature of all kinds of financial content, legal, criminal and administrative responsibility for the content of the sender member / members are belong.
Related News