Post a Comment Print Share on Facebook
Famagusta 22
DOLLAR 16,58
EURO 17,57
GOLD 973,33
BIST 2.529,26
Mercadona will expand its tentacles with a mini hive in Madrid
Unicaja sells 10% of Caser to the Swiss company Helvetia
Santander signs Credit Suisse and Goldman Sachs for the bid for Banamex
The CNMV can force a takeover bid of 1,200 million Sepi on Indra
Aena had a tariff deficit of 1,600 million until 2021
The Government approves the rescue of Celsa and five other aids from Sepi
The State leaves Abengoa adrift with a hole of 6,000 million
Ferrer doubles its profit and will invest 45 million this year
Axa and Swiss Life seek a third partner to take 33% of Lyntia Networks
Berlusconi hopes to reach 85% of Mediaset after the takeover bid

Ryan Michelle Bathe shines in the spotlight for 'The Endgame'

We've seen her in the legal drama "All Rise" originally on CBS, and "First Wives Club", for BET+. But Ryan Michelle Bathe is now the star of " The Endgame ", which debuts Monday. 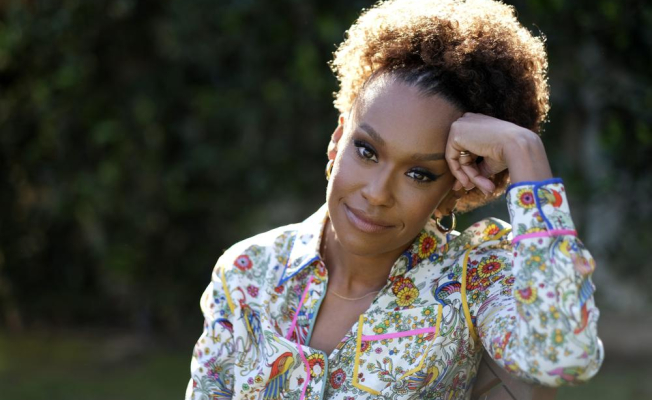 Morena Baccarin ("Homeland," “Deadpool,” "Gotham") stars as Elena Federova, an arms dealer from around the world who was captured in the pilot. Federova is always one step ahead of everyone, so even while in custody, she has the upper hand. Bathe's Val Turner, an FBI agent who is well-mannered and by-the-book, is the closest to unraveling her. Her estranged husband, who was a former federal agent, was found with drug money and Val turned him in.

The two main characters will soon be apparent to viewers, and it will become clear over the course the season.

Bathe acknowledges that two women have been chosen as the stars in this thriller series on network television.

"It's not all about, "Oh, who could she be seduce next?" No one is getting seduced on our show.

Bathe says that playing this character is very depressing because she is so alone and lonely. You have to feel it. It's high tension, and there's no way to break it. This show doesn't allow us to breathe, which is what makes it so good.

She claims that she relaxes in bed at night only "somewhere between deep and REM sleep".

Bathe is Val's opposite: She's cheerful, animated and very approachable. She jokes that she hasn't been able to get exercise lately due to her inability to get up at the right time.

She is currently in New York for production on "The Endgame," which keeps her away from her family in Los Angeles. Bathe is married with Sterling K. Brown, star of "This is Us", and they have two children, Andrew and Amare.

Bathe said, "I miss those kids of mine so much, as well as my husband, I love my house and my pillows." It took her many years to get to love Los Angeles, and she has always longed for New York City, where she went to grad school at NYU.

Bathe is now back in New York and has "the one thing that I said that I always wanted". She also has fond memories of walking around New York City, but it never occurred to her that she only did this in the late spring, summer, and fall. I was completely uninterested in the winter.

Brown is wrapping up "This is Us" as her career continues to grow with "The Endgame." Their schedules can be difficult because the children they have are no longer able to travel and can only live with their parents.

It's like soccer. A fully-fleshed-out human with its friends and its own stuff. There are two of them. It's now time to learn how to take those punches in stride and figure out what is best for the family.

She says she was aware that performing was an option since a young age.

Clare Bathe, actor/singer and mother of Bathe, recorded the hit song "There But For the Grace of God Go I" with her group Machine in 1979.

Bathe said, "I grew-up on stages." "I grew-up backstage. Theater was something I grew up with."

Bathe believes her sons, who have both been in showbiz, are showing signs of entertainment.

"I have two very dramatic children. They are both different in many ways. One is like the independent film kid who gets an Oscar nomination. They're precocious, but also sad and empathetic. This is the oldest. The youngest, however, is Zac Efron, a Disney star in the making.