It is a joy to watch Ralph Fiennes at this stage of his career play the lead role in an action franchise. 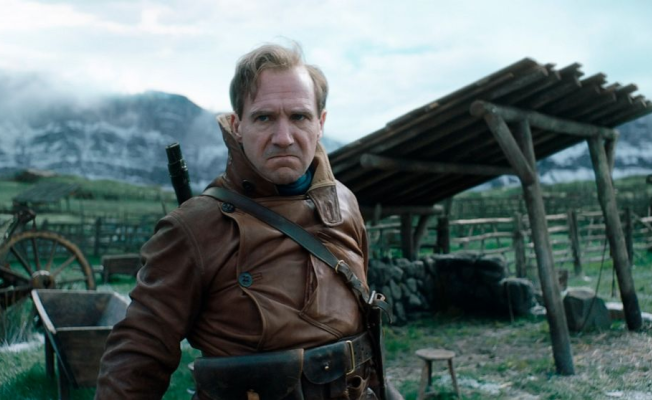 As entertaining as he may be as an erudite bon vivant, scoundrel, and snob, you will always want more M. Gustav. More Laurence Laurentz. Fiennes, who is charming and funny as ever, directs "The King's Man," which is a prequel to Matthew Vaughn's humorous "Kingsman" series. It's hard to not wish that Fiennes had made a better movie to showcase his unique charisma and combat skills.

"The King's Man" is a sequel to the Kingsman movie. It jumps back to World War I and the beginnings of the bespoke spy agency. Although this one is a lot more quaint than the last, it's still a Kingsman movie. It's funny, vulgar, and manic and will not sell anyone who isn't already on board. The film's historical context creates an uneasy tension that "The King's Man" wants to use for both genuine emotional beats as well as fodder for irreverence.

This is a story of an origin about a fictional spy agency which blames WWI on a Scottish cashmere farmer who has been left behind. This mysterious man is only seen in shadows, until the final reveal. He is played by an angry, sadistic, but not less ridiculous Fat Bastard. He is able manipulate world leaders (Tom Hollander plays the role of King George, Kaiser Wilhelm, and Tsar Nicholas), with his sphere that includes Rasputin and Erik Jan Hanussen (Daniel Bruhl), Mata Hari and Gavrilo Princip(Joel Basman).

Fiennes also executive produced the role of the Duke of Oxford. We meet him as his wife, the Duke of Oxford, is killed in front of his son and the young boy during the Boer War. His mission is to protect Conrad, his son.

Conrad is now a patriotic, dashing young man. Harris Dickinson plays Conrad with admirable dignity. He wants to join the army. The Duke is afraid of the front lines and tries to convince Conrad that he should join his small spy group consisting of himself, two domestic servants, Polly Gemma Arterton and Shola (DjimonHounsou), to manipulate world politics behind closed doors. Their first adventure together as a quartet involves them going to Russia to either kill or sell Rasputin.

They try to lure Rasputin with jaw-dropping perversity. Ifans plays like a cartoon rock star with Conrad and poisoned baked good that he quickly expels with bizarre theatricality. Fiennes takes off his pants, licks his upper thighs, and Rasputin dances his way through the fight to Kingsman's "1812 Overture." Whiplash is normal when the film suddenly becomes a war drama and then back into absurdity.

It becomes obvious that "The King's Man", while a tumultuous movie, is actually a setup for a film with a more compelling cast, which will leave you feeling more confused.

You have to admire a modern franchise who appreciates bespoke tailoring. It would be a shame if "The Kingsman" didn't hold juvenile humor in the same high regard.