It’s one of the fastest growing industries around the world. Gambling has become trendy, even chic if you will. The younger set, the demographic that the Madsion Avenue advertisers pursue with vigor, are very much down with the wagering lifestyle.

Why wouldn’t they be? After all, the way people wager now at the best online gambling sites, it fits right into the lifestyle in which today’s youth exist.

The hottest accessory that anyone among today’s youth possesses is the mobile phone. No right-thinking Gen Z would be caught anywhere without ready access to their hand-held device.

Today, it’s mobile betting that is all the rage in the world of gambling. Estimates are that within 5-10 years, between 85-90 percent of all online wagering will take place via a mobile device.

Young people by nature are followers. No group jumps on a trend like today’s youth. Want to know what the next big thing is going to be? Ask your 20-something kid.

All it takes is one member of a group of friends to be wagering on a sporting event while they are out for lattes and the next thing you know, they’ve all opened accounts with online betting houses to enable them to get in on the action.

A 2018 study commissioned by the American Gaming Association and conducted by the established survey experts the Nielsen Group displayed exactly how the betting demographic in the United Sttes is skewing strongly toward a youth movement.

Not only are U.S.sports bettors young, they’re also well off. The survey showed that 29 percent of the regular members of the sports betting public bank annual household incomes in the six-figure range. That’s nearly double the percentage of Americans nationwide that bring home $100,000 or more in earnings during a calendar year.

The NBA was the most popular sport to bet on among the 18-34 crowd at 54 percent. It was just ahead of the NHL, which came with 49 percent of its betting audience being under 35.

Major League Baseball drew 46 percent of its betting audience from this age bracket, with the NFL bringing up the rear at only 40 percent.

The NFL also drew the smallest share of the 18-34 who indicated that they were fans of the sport, coming in at just 34 percent. That’s got to be just a little bit concerning to league commissioner Roger Goodell. 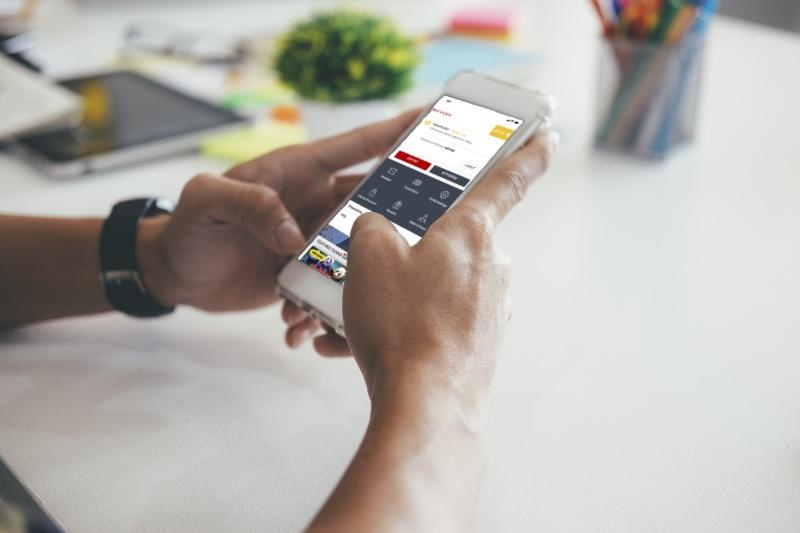 Why Is Betting Fashionable?

Today’s version of sports betting fits comfortably into the lifestyle in which young people prefer to be involved.

“GenZers have grown up in the digital world,” DraftKings Dave Finn told ProvokeMedia.com. “They are technology savvy and connected in every sense of the word. Technology has actually blurred the lines between their respective public and private lives.

“To that end, mobile sports betting must be as inviting and interesting as any other digital touchpoint in their lives. This is especially important given the increased amount of time GenZers are on smartphones, and their attraction to products and experiences that are cool and meaningful.”

The online betting sides understand their marketplace about as succinctly as any industry and are quick to respond to developing trends. The movement today today live in-play wagering, which allows players to wager on virtually every event that takes place during a game, is a sign of adaptation toward today’s instant gratification society.

The need to see video to go with this live betting strategy has brought about an increase in the live streaming of sporting events at online betting sites.

The days of going into smoke-filled back rooms, or dingy alleys to meet up with guys named Sal or Dutch to lay down a bet are long done. Today, sports betting is done by hipsters. It’s trendy. It’s fashionable.

And today, thanks to technology, everyone can literally carry their bookmaker in their pocket wherever they go.