If a man truly loves a woman, he also loves her child. In most of the cases those men who have ever got married to a woman previously married and divorced when already having a child remained happy 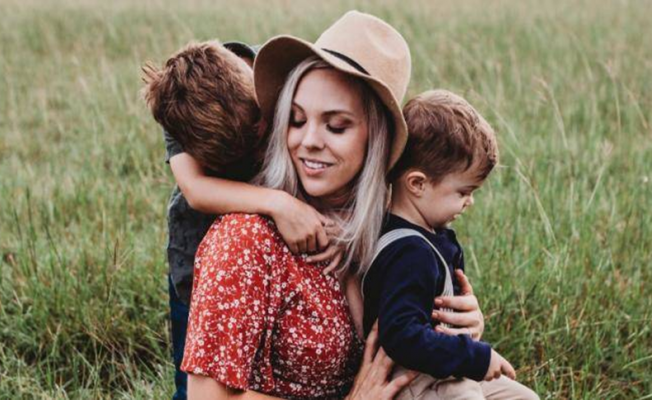 If a man truly loves a woman, he also loves her child. In most of the cases those men who have ever got married to a woman previously married and divorced when already having a child remained happy. As a matter of fact, the presence of a child should not make a man scared when he wants to start a relationship with a young woman, as usually it means that the young mother striving to find a reliable man is worth respect and a confident try to start a relationship with her. Young mothers are usually more experienced than other young girls whom you may get acquainted with both in real life and on virtual platforms. There special single mother dating site that can help a man to find his love of all his life via the Internet. On such platforms, customers can make a search of the desired person selecting valuable for them qualities and characteristics that may be found easily with the help of detailed customers’ applications.

The best thing that can be done in order to start and preserve the relationship with a girl who has a child is to discuss your mutual expectations for the future and how do you both see each other’s roles in this future. Although it is rather unnatural to seriously discuss expectations of the future. Such a conversation should be held as quickly as possible when it comes to the relationship with a single mom raising a child. The fact is that your pre-existing opinion about her can be as far away from reality as possible. Psychotherapist Sari Cooper says, “When a single mother starts dating someone, she usually looks for some kind of psychological relief of loneliness. Single mothers like to talk about various topics if not related to the previous marriage. After the difficult period left behind, young mothers appreciate men’s attention, care and reliability that can guarantee her the bright family future and probably even the business development provided by the man not only as a life partner but as a carrying father for the children from the previous marriage.

Single mothers often go on dates, counting on a long-term relationship. Both partners of such relationships should understand their desires, be honest about their compatibility and regularly check with how much are they satisfied with their progress and with their family-like success.

If a man decides to try to replace the other parent who had left the family, for him, it is important to understand that he will experience a potential role model for the child. And it imposes certain responsibilities on him. In addition to becoming an example for further imitation, those men also become a kind of living example for children. Many mothers understand the importance of their romantic relationships and that they model a certain exemplar for what children understand as adult relationships.

Dating websites allow single men and women to find their partners through a deep understanding of mutual interests which they can indicate right from the very beginning of their communication on their profiles. For Instance, Romance Compass offers its users to indicate the aim of the acquaintance, some personal information about the customer and the desired qualities, characteristics and dreams of the wanted partner searched through the Internet.