Viewers watching Netflix dark comedy Death to 2021 were shocked by a controversial joke about the late Prince Philip, with some saying the skit was ‘wrong’, while others found it ‘hilarious’. 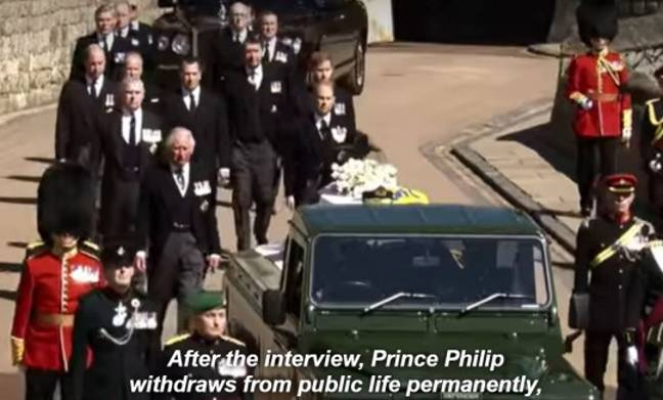 A synopsis reads: “A year unlike any other in history, (excluding the last one)… so to celebrate Netflix brings you Death to 2021, a comedy event that tells the story of another dreadful year.

“This landmark documentary-style special mixes archival footage harvested from across the year with commentary from fictitious characters played by some of the world’s most beloved actors.”

At one point, narrator Laurence Fishburne makes a quip about Prince Philip, who died in April this year.

“After the interview, Prince Philip withdraws from public life permanently... by dying,” Fishburne says.
He then adds: “Millions watched the funeral of his Royal Highness Prince Philip, the Duke Of Deadingburgh.”

The nod to the Duke of Edinburgh didn’t sit right with everyone, with one person tweeting: “'Prince Phillip withdraws from public life permanently by dying' #DeathTo2021 was wrong for this one.”

Another agreed: “They are wrong for this one.”

A third also said the delivery was ‘dark’.

Others, meanwhile, found the sequence amusing, with some saying it was the ‘best line’ from the whole programme.

“Eye am screaminngggggggggg this show is hilarious,” one viewer commented.

Another said: “Watching #DeathTo2021 hilarious and entertaining. I died at ‘Prince Philip withdraws from public life permanently... by dying’.”
Elsewhere in the comedy, which landed on Netflix today (27 December), there are references to vaccinations, Facebook going down, Squid Game and more.

Hugh Grant also reprises his role as academic Tennyson Foss, who, in the opening scene, complains about being questioned on his preferred pronouns.

As he’s having his hair and makeup done ahead of his interview, he is asked how he would prefer to be referred to in the captions.

Foss hits back: “Oh here we go. I expect you want to know my ‘preferred pronouns’?

The showrunner then says: “I was just checking whether we should put OBE after your name..."

You can stream Death to 2021 on Netflix now.