The wait for the movie to be released theatrically has been long for Bob's Burgers lovers. Original plans for the movie were to release in 2020. However, the merger between Disney and Fox has left the movies of the latter company in an uneasy place. For the next few years there would be no updates or any at all, but Loren Bouchard, the creator of the movie, promised that the Belcher family would still be attending theaters at Comic-Con. 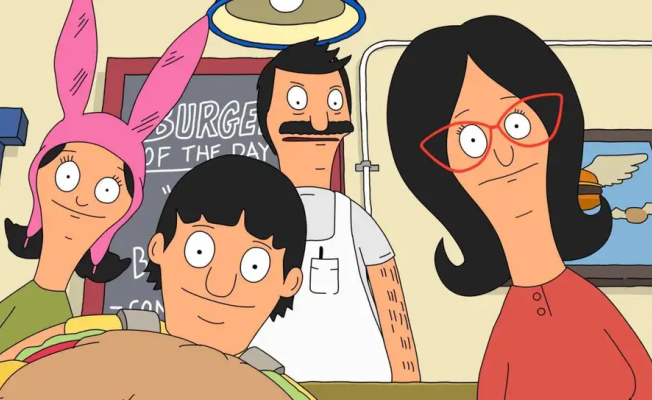 Although we don't have a trailer yet, we do know the plot. Over on 20th Century Studios' website, the page for the movie promises a "musical-comedy-mystery adventure" for Bob (H. John Benjamin), Linda (John Roberts), and their deranged children Tina (Dan Mintz), Louise (Kristen Schaal), and Gene (Eugene Mirman). Here's the synopsis:

When a burst water main causes a huge sinkhole in front of Bob's Burgers it blocks the entrance and ruins the Belchers' hopes for a successful summer. The children try to solve the mystery that could save their family's restaurant while Bob and Linda struggle to keep it afloat. These underdogs work together to find common ground and fight for their place back behind the counter as the dangers increase.

It sounds like a great story for the Belchers. One that will hopefully be worth the theatrical release. It sounds like the Belchers have a history of having outlandish adventures. The movie's most interesting aspect will be its music. The show has a history full of great jams. It will be fascinating to see what Bouchard or 20th Century Animation can do with a bigger budget.

The voice cast also includes Bob's best friend Teddy (Larry Murphy) and the Belcher family. Sam Seder plays Hugo, the Health Inspector. Zach Galifianakis and Kevin Kline play undisclosed roles. They'll likely be portraying their respective characters, Felix Fischoeder and Calvin Fischoeder. It remains to be seen if Bob's enemy Jimmy Pesto will appear in the film. Jay Johnston, his actor, was fired last month after he was accused of his involvement in the January 6th capitol riots. Although Pesto was not confirmed to appear on the show's 12th season, Benjamin said that voice work began in the summer 2020.

The Bob's Burgers Movie will be released in cinemas on May 27,