Bluescazorla is back with good music and a desire to coexist

After two years of being cancelled due to covid-19 pandemic in 2002, the Bluescazorla Festival is back. 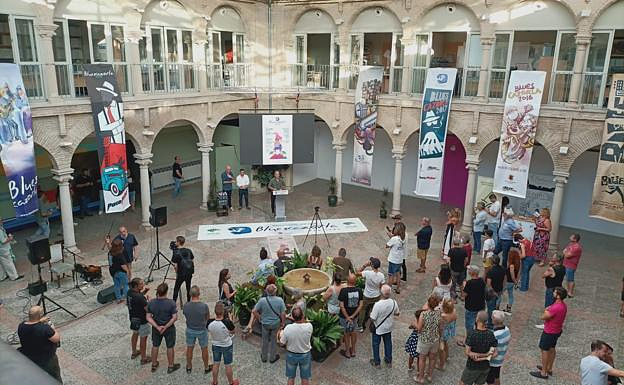 After two years of being cancelled due to covid-19 pandemic in 2002, the Bluescazorla Festival is back. It began yesterday and will continue until Sunday. A lineup of blues stars will be performing at the festival. Francisco Reyes, president of Diputacion de Jaen was accompanied by Francisco Javier Lozano (deputy for promotion and tourism), who inaugurated the festival. This is part of the promotion action 'Jaen en Julio,' which includes thirty important concerts.

Reyes stated, "Three days spent meeting, coexistence, and above all music, and enjoying an environment that is truly unique, this beautiful municipality of Cazorla as well as this Natural Park of Sierras de Cazorla Segura and Las Villas which is a benchmark for our paradise inside."

Bluescazorla is the second stop on 'Jaen en Julio. It is one of the most significant festivals of its type at both a national and international scale. This edition will be held on the Plaza de Toros, the Auditorio del Parque de Santo Cristo, and the Plaza de Santa Maria. It features a lineup that includes important international artists and bands such as Eric Gales and Samantha Fish.

This event is sponsored by the Jaen Provincial Council, and generates an estimated two million euro economic impact in Cazorla. "Bluescazorla has been a key part of Jaen's July initiative, and it has become an alternative option to sun and beach. Jaen is an excellent choice for summer, as it becomes an indoor paradise that transforms into an outdoor setting of nearly 14,000m2. In which you can enjoy artists of various styles.

Antonio Jose Rodriguez, the mayor of Cazorla stated that the festival's beginning "excites and fills us, since there is an enormous desire for the atmosphere, live music, and for the blues again in every corner. This is sign of the identity of our municipality>>. He stated in similar vein that these dates were "one of the most anticipated events of the year" in Cazorla. Therefore, the streets will be once again filled with hope, joy, and music lovers who smile the kindest of festival.

He emphasized the "internationality of this festival, from which hundreds of visitors form all over Europe to the municipality throughout the calendar year." He emphasized "the importance of this festival in the economic development and growth of the municipality, not only because of its connection to tourism, but because it directly or indirectly affects a large portion of Cazorla's business sector, which is a very important plus."

‹ ›
Keywords:
BluescazorlaRegresaCallesLlenasBuenaMúsicaGanasConvivencia
Your comment has been forwarded to the administrator for approval.×
Warning! Will constitute a criminal offense, illegal, threatening, offensive, insulting and swearing, derogatory, defamatory, vulgar, pornographic, indecent, personality rights, damaging or similar nature in the nature of all kinds of financial content, legal, criminal and administrative responsibility for the content of the sender member / members are belong.
Related News