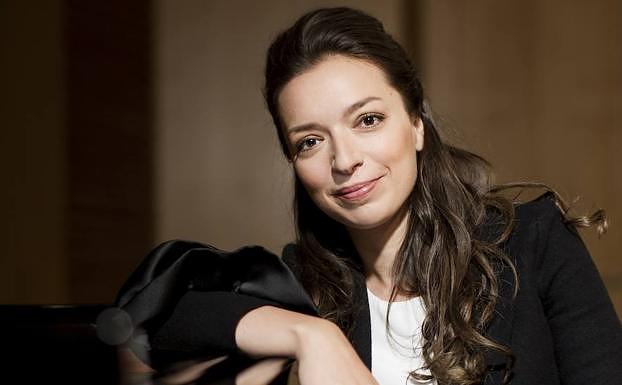 Patio of the Myrtles

The Bach Modern thematic circle concludes. It has been graced by artists of international projection who have created a dialogue between J. S. Bach's timeless musical universe and the contemporary scores composed by three of the most important composers of the 20th Century: Olivier Messiaen, Gyorgy Kurtag and Dmitri Stostakovich.

12 years after winning the Warsaw Chopin Competition, Muscovite Yulianna Avdeeva presents her Festival debut with a program that links Bach and Shostakovich. The connection is fascinating because it is offered to the Bach in the toccatas (that his youthful and virtuosic stilus phantasticus used) and of the dances (that is, the most sensual and familiar Bach), while Shostakovich has to play a more contrapuntal, intellectual part with the tribute he made to the Well-Tempered Clavier by writing 24 preludes. Avdeeva will also perform a Prelude C sharp minor, which was possibly discarded from the cycle. Krzysztof Meier (great student Shostakovich) completed her fugue. Radio Clasica of RNE will broadcast the concert live.

‹ ›
Keywords:
JulioAgendaFestivalGanadaLunes
Your comment has been forwarded to the administrator for approval.×
Warning! Will constitute a criminal offense, illegal, threatening, offensive, insulting and swearing, derogatory, defamatory, vulgar, pornographic, indecent, personality rights, damaging or similar nature in the nature of all kinds of financial content, legal, criminal and administrative responsibility for the content of the sender member / members are belong.
Related News