After 29 years of being on the run from Sydney, Escapee, 64 was sentenced

The sentence for the escape from almost 30 years of imprisonment was given to a 64-year-old fugitive, who surrendered to Australian authorities after he was made homeless and jobless by a Sydney lockdown. 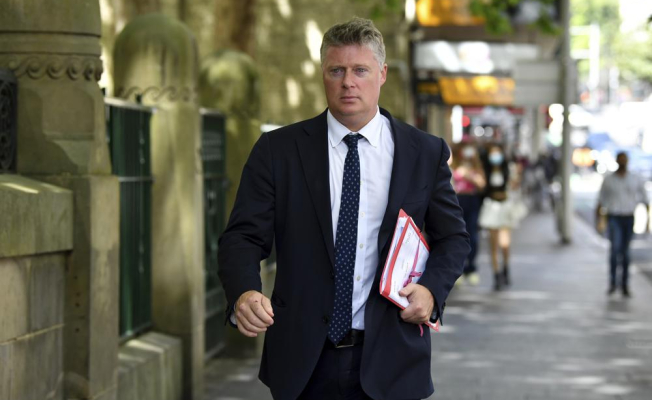 Darko Desic is back in custody. He was taken into custody in mid-September after he entered a station in Dee Why's beach suburb and admitted to having escaped Grafton Prison (620 km (390 miles) north) in 1992.

He pleaded guilty for escaping lawful custody, and was sent back to prison to complete the remaining 13 months of his 33-month sentence to grow marijuana.

On Thursday, Magistrate Jennifer Atkinson of Sydney's Central Local Court stated that she could not choose but to issue a sentence in prison for the escapee.

He was sentenced to two additional months. This offence could result in a maximum sentence of 10 years.

She admitted that Desic had fled because of "real fear" that he would be deported after his sentence was served to Yugoslavia. He was afraid he would be forced to serve in the military in the 1991-1995 wars which led to the disintegration of Yugoslavia.

Paul McGirr, a defense lawyer, told reporters that Desic had just received a letter by the Australian Border Force informing them that he would be expelled once he was freed from prison.

McGirr stated, "Be aware that he doesn’t have the same country to go back to Yugoslavia." "Hopefully, someone with some common sense will look at that."

It is unclear to what country Desic could be sent. He is not an Australian citizen.

Then he spent thirty years in Sydney's trendy northern suburbs, near where he surrendered himself to police.

McGirr stated that Desic had not committed any other crimes, but was constantly unaware of when he might face arrest.

McGirr stated that his local community, where he was a handyman, had come to "love" and "respect" him.

From June 26 to Oct. 11, a highly contagious coronavirus outbreak in the delta strain locked Sydney down. Desic lost his income and was forced to sleep on sand dunes.

McGirr stated that a public fundraising campaign had raised $23,000 ($30,000) to support his legal costs and housing needs following his arrest.

According to the magistrate, the years that have passed since his last conviction proved that he had changed.

Atkinson stated, "He clearly had an important impact in the community."

Scott Williams, the Prosecutor, stated that the case evoked a romantic idea of escape and requested a full-time custodial sentence.

Williams stated that Williams made this statement to make sure other prisoners who were contemplating breaking free knew that they would be punished regardless of how long it took them to escape.