This Thursday, the Paseo de Almeria counts with a new exhibit. 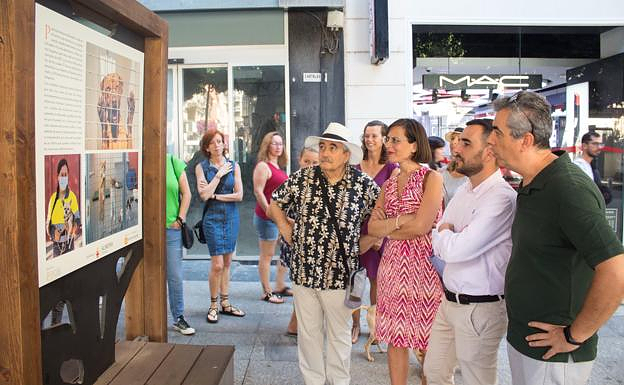 This Thursday, the Paseo de Almeria counts with a new exhibit. These panels are made up of 30 panels. They 'flag' an unanimous request from the participants that animal welfare is their responsibility. The exhibition presents a friendly view of the current role of animals in families and the work done by people who care about their welfare in all aspects.

This initiative is part the FOCAL programme. Since the beginning of last years, it has taken photography to streets and transformed the nerve center into an open-air museum'. The Almeria City Council has been working with the Desencuadre collective for over a year to bring culture closer to citizens.

Yesterday, Carlos Sanchez, the mayor of Promotion of the City, stated that the title of the exhibit was not accidental, as animals are considered family members in this country. He also stressed that the exhibition would be held in conjunction with the start of summer to avoid harsh images and highlight the most loving part.

Margarita Cobos (Consultant for Environmental Sustainability), stressed that pets should be loved and remembered as a family. This is why the exhibition was created to encourage reflection.

Carlos de Paz, for his part, said that they value the care of animals and the efforts of their caregivers. He said, "They are part the family and we want society to increase awareness to fight against neglect and abuse."

The exhibition is divided into 4 sections: greyhounds, shelters, foster homes, community cats and a zoosanitary centre. Its primary purpose is to educate and inform society about its relationship with animals. It also attempts to condemn animal abuse but does not use images that could offend the sensibility.

‹ ›
Keywords:
ExposicionPaseoConcienciaSobreLuchaMaltratoAnimal
Your comment has been forwarded to the administrator for approval.×
Warning! Will constitute a criminal offense, illegal, threatening, offensive, insulting and swearing, derogatory, defamatory, vulgar, pornographic, indecent, personality rights, damaging or similar nature in the nature of all kinds of financial content, legal, criminal and administrative responsibility for the content of the sender member / members are belong.
Related News