The great annual sports event brings sport to the street. 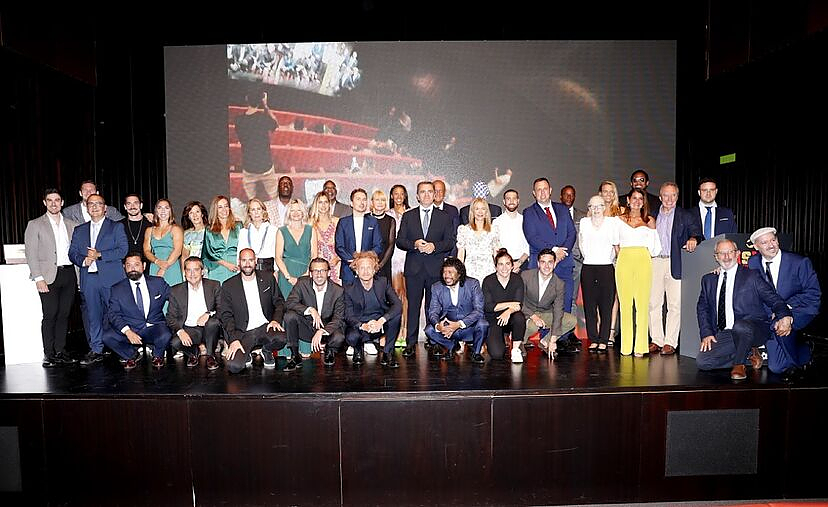 The great annual sports event brings sport to the street

The fourth edition of Marca Sport Weekend has brought sport to the streets of Malaga throughout the weekend at the hands of important stars and personalities from the sports industry. In parallel, the city has hosted numerous free activities and sports open to the public such as soccer, basketball, volleyball and beach handball, as well as a giant chess, climbing wall, golf and cycling simulators and box-go fit masterclass and buzz.

The event kicked off on Friday with an opening gala attended by the president of the Higher Sports Council, José Manuel Franco; the Deputy Minister of Education and Sports of the Junta de Andalucía, José María Arrabal, and the Councilor of Culture and Sports of the Malaga City Council, Noelia Losada. Juan Ignacio Gallardo, director of Brand, accompanied by the general directors and advisors of the Editorial Unit, Nicola Speroni and Stefania Bedogni, and the general director of Advertising, Sergio Cobos, welcomed the attendees to the presentation ceremony of the event, which It has the collaboration of the Andalusian Government, the Malaga City Council and the sponsorship of Cervezas Victoria, Hyundai, Iberdrola, Iberia, LaLiga, La Roche-Posay, Movistar, Santander and Socios.com.

Marca Sport Weekend included important players in the sports industry, such as Javier Tebas, who analyzed the current situation in European football. On the one hand, he defended the progress of the LaLiga agreement with CVC. "The economic returns of this are not immediate, more than 1,000 Spanish soccer executives have participated, with reviews of all the clubs." The manager also referred to LaLiga's complaint to PSG for breaching the financial fair play to renew Mbappé. "PSG has been losing 200 or 300 million per season. PSG and City were sanctioned by UEFA. The TAS, in two very strange decisions, lifted the sanction. We are going to denounce because it is impossible to give benefits with the renewal of Mbappé".

The signing of Mbappé was also present in the talk on compliance in sports with the director of the IDBO legal department, Leticia de la Hoz. "It is a defect that Real Madrid did not make Mbappé sign a pre-contract in writing," she said. "The white club's legal team is sure to be analyzing everything to find out what has happened and more so considering that in Spain verbal contracts are just as valid as in writing. It is a negotiation that has gone wrong and they will be taking note so that happen to them again." Among other protagonists, David Aganzo, president of the Spanish (AFE) and world (Fifpro) footballers' union also stood out, together with Vicente del Bosque and José Antonio Camacho, founders of the union and legends of Spanish football, who underlined the progress achieved by the and the soccer players, setting their sights on the following challenges.

Marca Sport Weekend thus reaches its fourth edition, after a first appointment in Marbella in 2019, a second held in digital format in 2020 as a result of the health crisis and awarded at the EventoPlus Awards and the third, which took place in Seville in 2021 .