The museum, which will open its doors next fall, will be located in a 4,200-square-meter, seven-storey building in the city's tourist epicenter: Puerta del Sol. 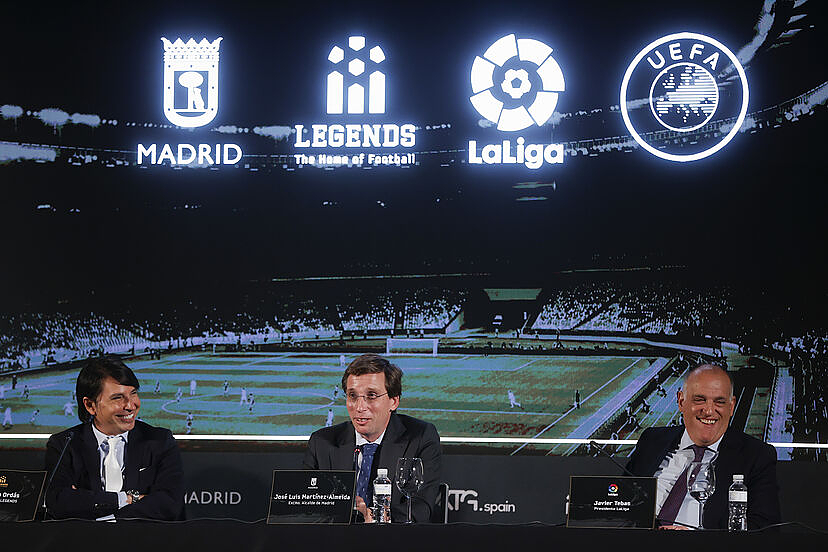 The museum, which will open its doors next fall, will be located in a 4,200-square-meter, seven-storey building in the city's tourist epicenter: Puerta del Sol.

Madrid will reinforce its image as the capital of football with the forthcoming opening of "Legends, the home of football", a new museum space dedicated to the global history of this sport.

The mayor of Madrid, José Luis Martínez-Almeida, today presented the project together with its creators, the president of Legends, Marcelo Ordás, and the president of La Liga, Javier Tebas, to whom he thanked for choosing Madrid as the venue for this museum that "will allow Madrid to be ratified as the true capital of football" a sport that, according to the mayor, "is the greatest story of passion ever told".

Almeida assured that, thanks to this new museum "which brings together the largest and best collection of objects in the history of football, Puerta del Sol will become the kilometer zero of world football".

The collection brings together 700 objects, including pieces that have been used on the field by the big stars in international competitions such as the FIFA World Cup, European Championship, Copa América, UEFA Champions League, Copa Libertadores and the world's main leagues, Games Olympics, Intercontinental Cup, Club World Cup, UEFA Europa League, women's football and each of the main legends of the most important national leagues at the international level.

It will have the most advanced technology, immersive spaces and virtual games and a LaLiga TwentyNine's restaurant on its roof, with a privileged view of Puerta del Sol.