Piaggio MP3 530 HPE, the most avant-garde tricycle in the world... The king is back

With its commitment to an urban tricycle, versatile, comfortable and, above all, accessible to car users, the Italian brand was ahead of everyone and today only Peugeot Motocycles with its Metropolis 400 (with whom it has an intense patent litigation). 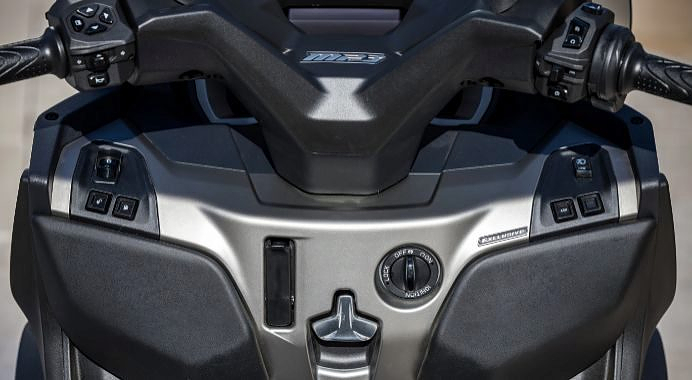 With its commitment to an urban tricycle, versatile, comfortable and, above all, accessible to car users, the Italian brand was ahead of everyone and today only Peugeot Motocycles with its Metropolis 400 (with whom it has an intense patent litigation). at a European level for this) and now Yamaha with its Tricity 300, seriously accompany him in a segment that continues to gain followers: as many as 26% more in Spain in the first half vs 2021.

As a result of this commotion in court, the king of tricycles brings out a new generation above half a liter (the third since 2018) that surrounds itself with technology to keep applicants at bay.

Under incessant summer rain in Paris, the first thing we see is that its new 530 cc single-cylinder, the most powerful in the segment, works more roundly than its predecessor, with less vibration when holding and decelerating, but no less vibrant as it delivers the 44.2 CV of power (with 50 Nm of maximum torque at 5,250 rpm) with much more vigor than the previous generation, both from a standstill and during recovery.

The technological resources that Piaggio deploys in this new MP3 530 HPE place it at the forefront of the sector, being the first scooter in the world with ARAS-type devices, advanced driver assistance systems, already so established in the world of cars. Resources such as those based on 4D Imaging Radar technology developed by the brand's robotics team in Boston. Taking information from the sensors located under the taillights, it feeds the blind spot information and lane change assist systems to warn on the MP3 screen when a vehicle is approaching from the flanks. This is the largest in the segment: a 7" full color TFT with the Mia connectivity platform as standard (you know multimedia development, navigation, etc.) from which everything is controlled and quite intuitively thanks to a new interface and the help of a simple but effective joystick on the left pineapple.

In addition to all the relevant information, the driving modes are controlled from it -which are three depending on the response of the ride-by-wire accelerator and which model the ASR traction control- and the image of the rear camera is displayed, when reverse gear is engaged for parking. This, which is operated from a special control located on the dashboard on the left side, is really effective, especially on slopes, although it has a slightly more abrupt first response in that first push. Another accessory that completes this new version is a cruise control that is easy to use and not too abrupt in its disconnection while driving for all those who like to relax their grip on the road.

As you can see, this MP3 530 hpe breaks aesthetically with the past, thinking even more about its target buyer: the car driver. With a wider and more protective front, which houses the new horizontal full LED optical group, it now has a spoiler in its lower part that enhances its aerodynamics by having relocated the radiator between the front wheels and the footrest and with a large windshield as well. new bill. The MP3 530 has many nods to the world of four wheels, proof of which is, to give a few examples, the direction indicators integrated into the wheel arches, the rear light unit, made up of a single horizontal LED element that also integrates the turn signals, the glove compartment on the instrument panel with a USB socket, some of the controls found on the dashboard or the two padded elements for absorbing minor impacts on the countershield, located at knee height.

In motion, the 7 kilos less it weighs is not noticeable in excess since its generous 280 kilograms in running order are enough, but a greater dynamism is noticeable, the sum of that better coefficient against the wind, a handlebar that has been delayed and raised by one centimeter, a 2cm lower foot position, a really more comfortable seat with room under it for two full-face helmets... and the successful touch-ups in the front suspension, those are very noticeable.

The last point comes from the hand of the brake, since the touch of the levers has been softened, seeking the comfort and confidence provided by the calipers developed by Brembo, while the braking of the pedal has been enhanced. And when I say enhance, I say be very careful when braking with it suddenly because... The MP3 530 really brakes! Its three-channel ABS, developed in collaboration with Continental on all three wheels, works just fine on the generous 258mm discs it mounts on each of the three 13-inch wheels, and without an excessively high degree of intrusion.

The Piaggio MP3 530 hpe arrives with a degree of finish that has also gone up several steps compared to the previous generation and with four semi-matt colors - one Blue, one Black and two grays: this 'matte cloud and one matte- all in combination with details in copper on rims, transmission cover and saddle stitching, with graphite gray rims, matte gray exterior trims and interior trims (i.e. instrument surrounds, dashboard, tunnel trims central, etc) in chrome... to mention a few.

The king never left, but now he wants to lead again. 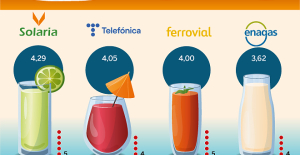