Orange closes an agreement with Dazn to broadcast matches from LaLiga and the Premier, F1 and Moto GP

The operator, which has already announced its plan to broadcast all football, also plans to acquire the rights to LaLiga Santander from Telefónica. 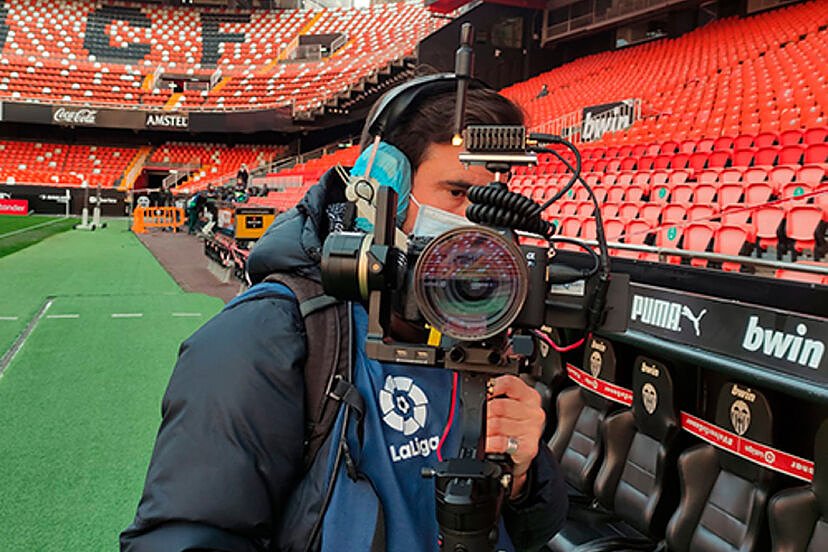 The operator, which has already announced its plan to broadcast all football, also plans to acquire the rights to LaLiga Santander from Telefónica.

Orange Spain begins to fulfill the planned script. Two months ago the operator announced its intention to buy the rights to LaLiga Santander for the next season from DAZN and Telefónica, winners of football for the next five seasons (2022-2027) for a total amount of 4,950 million euros.

The first step has been completed today by communicating an agreement with the global sports streaming platform to distribute its service within the Orange TV content offer. Thanks to this agreement, Orange customers who so wish will be able to enjoy the DAZN LaLiga package, as well as the rest of the sports offer available on the OTT platform, as part of the Orange TV content. "The prices of such content will be announced in the coming weeks," says the operator in a statement.

The second part of its plan would not have to encounter obstacles, since Telefónica is obliged to share the rights with other operators as a result of the obligations imposed by the CNMC as a result of the purchase of Canal in Spain. Specifically, Telefónica acquired five games per day plus three full days; while DAZN bought five games per day. This situation contrasts with the previous three seasons, when Telefónica was the only successful bidder.

Orange TV customers will be able to enjoy DAZN LaLiga content starting in August, both on a specific linear channel or on the DAZN app (both available on Orange TV decoders), as well as on Smart TV and mobile phones.