Mbappé is already golden: the figures of his new contract with PSG that comes into force today

As of today, the French striker has become the highest-paid athlete in the world with a gross annual salary of more than 100 million euros (about 50 million net salary per season), not counting income from image rights, sponsorships and contract contracts. 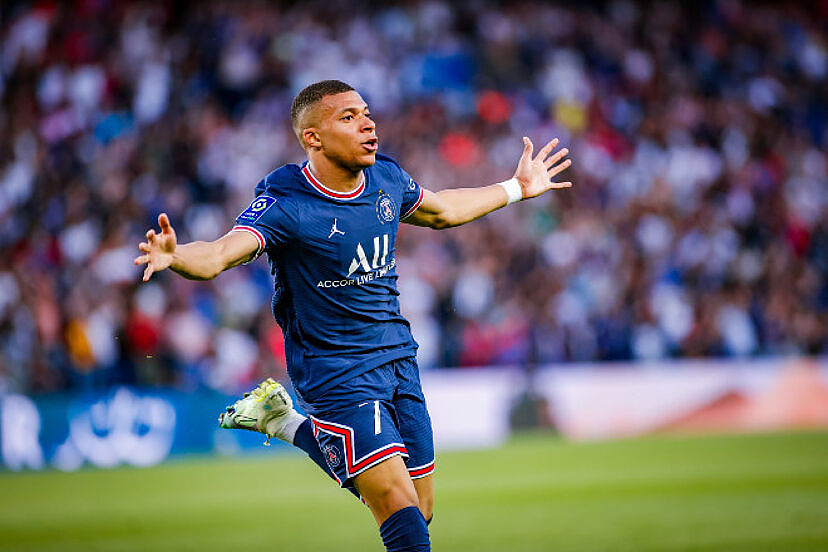 As of today, the French striker has become the highest-paid athlete in the world with a gross annual salary of more than 100 million euros (about 50 million net salary per season), not counting income from image rights, sponsorships and contract contracts. advertising.

Kylian Mbappé has taken a new leap. The Paris Saint-Germain footballer is now officially the highest paid athlete in the world. This Friday, July 1, the French striker's new contract with the Parisian club came into force, which will pay him more than 100 million euros in annual gross salary until June 30, 2025, which means that the 23-year-old footballer he will receive a net salary of around 50 million euros per season, as revealed in May by the newspaper 'Le Parisien'.

France has one of the highest direct taxes on workers' income (known as IRPF in Spain) in the world, with a maximum rate of 55.6% for annual income greater than 15 times the minimum interprofessional salary (SMI), about 300,000 euros a year. That means that Mbappe's gross salary will cost PSG around €110m a year for net pay to hover between €45m and €50m per season.

With an annual net salary of almost 50 million euros, Mbappe will earn more than four million euros a month or almost a million euros a week. If we divide it by the 365 days in a year, the French international will receive around 137,000 euros a day whether or not he plays football.

To Mbappé's annual salary must also be added another 100 million euros that the footballer's family has received as a transfer bonus, the highest in football history, although some sources point to an even higher amount. In addition, when Mbappé arrived at PSG from Monaco in 2017, the Parisian club agreed to pay 35 million euros to the Monegasque club in case of renewal.

In total, Mbappé's renewal for three seasons will cost PSG around 470 million euros. A statospheric amount that will come out of the Qatari Sovereign Investment Fund, called the Qatar Investment Authority (QIA), which became the absolute owner of Paris Saint-Germain in 2012. The face of the Qatari investment fund is Nasser Al-Khelaïfi, a former tennis player and businessman from Doha who has chaired the French club since October 2011, although the CEO and president of QIA is Sheikh Hamad bin Jassem bin Jabr Al Thani, a member of the Qatari royal family and former Prime Minister of Qatar.

PSG have always been under suspicion for breaching UEFA's financial 'fair play' rules. In fact, the Spanish League has denounced the Parisian club, and also Manchester City, before the highest body in European football "for understanding that these clubs are continuously breaching the current financial fair play regulations." According to LaLiga, "the irregular financing of these clubs is carried out, either through direct injections of money or through sponsorship and other contracts that do not correspond to market conditions or make economic sense."

Mbappé has gone from earning around 22 million euros net per season to earning more than double, thus surpassing Lionel Messi (40 million), Neymar (47 million) and Cristiano Ronaldo (31). The Frenchman also beats NBA stars like LeBron James, who has a gross annual salary of $41.2 million, and Stephen Curry, who takes in $45.8 million, according to Forbes magazine.