Luhnow: "We want to establish a sustainable model in the medium term in Leganés to achieve promotion" 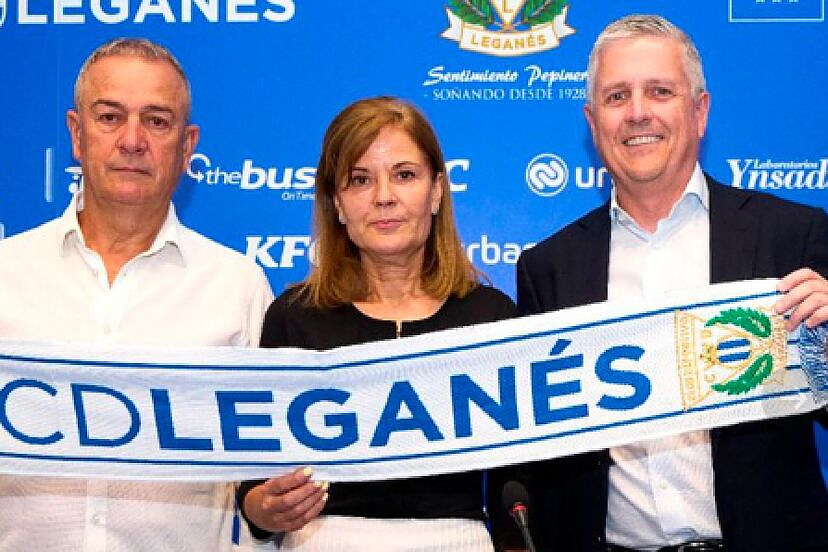 Blue Crow Sports Group, an American group headed by the director, acquires 99.1% of the club's shares. The new owner will promote young players and the technology area.

Houston, we have a team. Blue Crow Sports Group (BCSG), an investment group of American origin specialized in sports and technology based in the Texas city, has acquired 99.1% of the shares of CD Leganés, which plays in LaLiga SmartBank (Second Division) and that until now was in the hands of the Moreno-Pavón family.

The group has closed the operation after a year and a half search process to carry out a large operation in Europe like the one announced yesterday. "It has been 18 months talking to several clubs, we have gone to many countries and we have seen many teams until we found Leganés, which is our ideal investment," Jeff Luhnow, who is the new president of the group, tells EXPANSIÓN after taking over from Victoria Pavón. , who has served nearly 14 years in office.

Four factors influenced that decision, as Luhnow relates: the proximity to a large capital such as Madrid combined with the identity of Leganés itself; the fact that it was a family that controlled the team and not a group of several shareholders with potential internal problems; the size of the sports property and the potential for the future. A battery of reasons that are crowned with the financial situation of the group, one of the most healthy in the silver division. "We want to grow, buying a team in the Second Division in Spain is very important because it is a step towards the biggest teams in the world and this opens up many opportunities."

The 55-year-old Mexican director with dual US-Mexico nationality highlights that Blue Crow Sports has professionals with extensive experience in the NBA, NFL, MLB, MLS or Formula 1, among other properties. He recently just invested in Cancun FC of the Mexican Liga MX.

The group's plans are to make Leganés grow in all plots, give it a boost to go one step further and do it with its own route. "We want to establish a sustainable model in the medium term to achieve promotion and stay", highlights the manager. This roadmap has been key for the Moreno-Pavón family, who bought the Leganés on Christmas Eve 2008 for 500,000 euros and saved it from disappearing to even manage to get it up to First Division, even if it went down again later.

One of the work focuses will be the development of talent, of young people who want to grow at Leganés and can feel proud to wear this shirt. In this process, innovation and the use of technology are going to be key pieces, always with the idea of ​​respecting the club's traditions and signs of identity.

In this sense, the group wants to be very close to the community of Leganés and support the social work of the Foundation, but without neglecting the process of internationalization that the Spanish LaLiga is underway. In this framework, his plan is to take advantage of his knowledge to try to open and connect Leganés in America to connect it with the world.

In this exit abroad, the fact of belonging to a great competition like LaLiga is crucial, whose "growth potential" is highly valued by the Mexican manager. "That's why CVC invests in Spain and that's why we do it and many will come after us," warns Luhnow.