Fifth centenary of the First Circumnavigation of the World, the greatest nautical feat in History 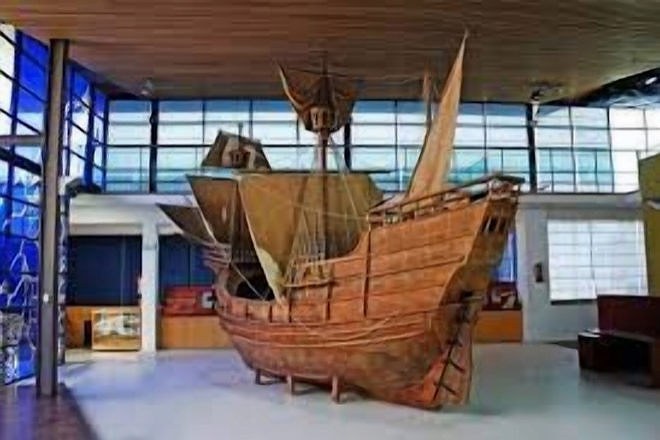 September 6, 1522, Sanlucar de Barrameda. After sailing 14,460 leagues, 18 starving and exhausted sailors arrive in the town of Cadiz. They have just completed the first circumnavigation of the world, the greatest nautical feat in history. Few recognize these pitiful-looking crew members - the only ones of the approximately 250 men who set sail on August 10, 1519 in Seville for the Moluccas Islands - who return aboard the Victoria, the only surviving ship of the Spice Fleet. with Juan Sebastián Elcano at the helm, in which three Asian slaves also arrive.

About 50 voyages ago, the navy had fled from Cape Verde, the last supply station. It is precisely on this scale where they realize that the calendar they have marked does not coincide with the real one: "It is one of the lessons of this trip: if you go around the Earth to the west, you lose a day, the sun rises one day less. They were so pious, that when they realize that the calendar does not coincide, they apologize for not having fasted on Fridays and even though they are famished, they eat the sawdust and the rats", details Luis Mollá, author of La Spice Fleet (Almuzara). Leaving 13 crew members in this archipelago because the Portuguese discover that it is the Spanish army that was returning from the Spice, "they head north. With the trade winds against them, they do not approach the Canary Islands and head for the Azores until they find favorable winds that take them to their destination. As soon as they feel the onshore winds, when the canvas of the sail begins to flank, in sight of the Portuguese coast of the Algarve, they go shoveling to Sanlúcar de Barrameda", explains this captain of the Ship of the Navy, naval pilot and graduate of the General Staff.

With pantries full of cloves, the end of this expedition sponsored by King Carlos I and businessmen, mostly from Burgos, landed just 500 years ago. The amount of merchandise causes the first distrust towards the crew, who at first do not recognize the heroism of the company. "When loading fresh product, it decreases when it dries and they lose about 20% of the load, which they claim at the beginning," argues Mollá. After regaining some strength, on September 8, the Victoria, traced by other ships, docks at the port of Mulas, Seville, from where she left three years and about 27 days earlier. From there, Elcano sends a letter to the monarch to announce his return. "It begins with the great phrase, resounding: Majesty we have gone around the entire roundness of the Earth. He asks for profits for the deed and to enter into negotiations with the king of Portugal to release his 13 crew members who had been held in Cape Verde", comments Mollá, who adds that "the emperor Charles V invites him to visit him in Valladolid (although they do not meet until October) with two men. Elcano then does not choose Antonio de Pigaffeta, who had recounted and drawn everything had lived on the crossing, but the pilot Francisco Albo and the barber Hernando de Bustamante". Irritated, the great Vincentian chronicler and cartoonist of this feat tries to sell his notebook to the King of Italy, who rejects it, and the original is lost, although two Italian copies exist.

The king, enthralled by how his territory was enlarged by the recent discoveries, granted the captain, a man without chivalry, a coat of arms "and a salary that he never received, because he died in 1526 on the second expedition that tried to repeat around the world", as the author explains in a second publication, The Battle of the Spices (Almuzara).

Elcano puts an end to a journey in search of spices that began with Ferdinand Magellan and ends in Seville and a first trip around the world that starts in Sanlúcar de Barrameda and ends three years later in this same town, five centuries ago now.

‹ ›
Keywords:
DirectivosestilovidaviajesEstilo De Vida
Your comment has been forwarded to the administrator for approval.×
Warning! Will constitute a criminal offense, illegal, threatening, offensive, insulting and swearing, derogatory, defamatory, vulgar, pornographic, indecent, personality rights, damaging or similar nature in the nature of all kinds of financial content, legal, criminal and administrative responsibility for the content of the sender member / members are belong.
Related News