DAZN reveals its prices for football: LaLiga will cost 18.99 euros per month

The streaming platform establishes three subscription plans that fit with its smooth transition model in football and its plan for profitability and three-digit percentage growth in the level of users, as revealed by Bosco Aranguren, general director of DAZN Spain, to EXPANSION. 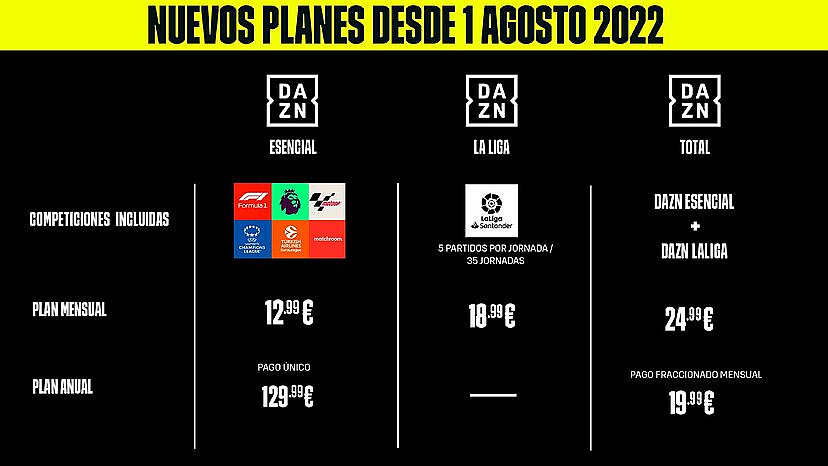 The streaming platform establishes three subscription plans that fit with its smooth transition model in football and its plan for profitability and three-digit percentage growth in the level of users, as revealed by Bosco Aranguren, general director of DAZN Spain, to EXPANSION.

Countdown to the start of the new season of LaLiga, which is launching audiovisual partners after Movistar Plus and DAZN were awarded the rights for the next five seasons for 4,950 million, that is, 990 million per campaign. Of