What does it mean to pay for natural gas in rubles?

Since Russian President Vladimir Putin's announcement that Russian natural gas importers would be paying for Russian gas in rubles, instead of dollars or euros, Europe's already high gas prices have been agitated. 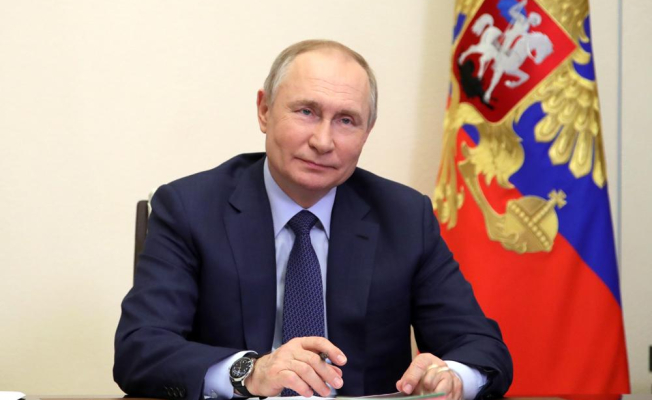 Let's take a look at the implications of such an action:

WHAT IS PUTIN PROPOSING?

Europe continues to import large quantities of Russian natural gas to heat homes, generate electricity, and fuel industry. This despite the war with Ukraine.

About 60% of imports are paid by dollars, while the rest is in euros. Putin plans to change this by requiring foreign gas importers in order to buy rubles to use to pay Gazprom, the state-owned supplier.

WHAT EFFECTS CAN THIS PLAN HAVE?

The bank would need to exchange dollars and euros for rubles. This could prove difficult as some Russian banks have been blocked from or disconnected from the SWIFT messaging network that facilitates international payments.

There are still banks that have not been cut off. For now, the U.S. Treasury sanctions barring bank transactions includes exceptions for energy payments. This concession is made to European allies who are more dependent on Russian oil and natural gas and fear that a complete cutoff could cause economic recession.

Russia receiving gas in their currency for payment would help in avoiding financial sanctions and protecting Russia's economy. Eswar Prasad is a Cornell University professor of trade policy and a former official with the International Monetary Fund.

Prasad stated that Putin was either getting bad economic advice or is going further in his hatred of the West. It would be cheaper for foreign importers not to pay Russia's exports with a currency that is losing value. However, it is hard to obtain rubles and make payments that aren't subject to the sanctions.

He said that the move could further destabilize global energy markets by increasing supply disruptions and uncertainty about future supplies. This could lead to price spikes.

HOW IS PUTIN'S DEMAND RECEIVED IN EUROPE

European energy companies and governments are refusing to accept the idea. They claim that gas import contracts specify the currency, and that it can't be changed overnight. They claim they will continue to pay in dollars and euros.

Robert Habeck, German Vice-Chancellor, told reporters Monday that all G7 ministers had agreed that such a move would be "a unilateral and clear violation of existing contracts."

The theory is that requiring ruble payments would support currency demand and the exchange rate. Prasad believes that this is not the case. Gazprom's foreign earnings are exchanged for euros and dollars, so it is already possible to buy rubles with dollars and euros.

According to Warsaw's Center for Eastern Studies, moving foreign currency flow from Gazprom into the largely state-controlled banking system will give the Kremlin more control over currency that has become scarcer after Western countries frozen large amounts of Russia's foreign reserves.

Gazprom would be left without the hard currency it needs to pay foreign debts or buy supplies abroad. The gas supplier must sell 80% of its foreign currencies to Russia's central banks.

There are concerns that the ruble dispute could cause a disruption in natural gas supply. Russia could be accused of not adhering long-term energy agreements, as it has so far.

Rystad Energy analysts believe that Europe's pipeline network is extremely interconnected. Any attempt to limit flows to one country would have a negative impact on the rest. Russia's main source of revenue is energy sales.

When reporters asked if Russia could reduce gas supplies for European customers if they refuse to pay in rubles Dmitry Peskov, Kremlin spokesperson, said Monday that "we clearly don't intend to supply gas for nothing."

Peskov stated that it is impossible and not feasible for Europe to do charity in our current situation.

HOW REAL IS THIS THREAT?

The BDEW, Germany's utilities association, called on the government to issue an "early warning" about a severe energy crisis.

This is the first of three stages in an energy emergency under EU and German law. The highest stage refers to a severe shortage that forces the government to shut down gas supply to industry in order to protect homes.

A spokeswoman for the German government said Monday that they do not believe such a declaration is necessary.

Putin could be lying. Russia threatened to use rubles this month to pay foreign investors that hold dollars-dominated government bonds. After ratings agencies stated that Russia would default if it paid in rubles, the payment was approved.

Carl Weinberg, chief economist, managing director of High Frequency Economics, White Plains, New York, stated that Putin may want rubles for gas payments. However, the contracts are clear. "His only way to make things change is to refuse products delivery. He cannot keep oil and natural gas out of the ground and prevents wells from bursting, and storage space will be drained if cold shipments are made. "

Weinberg stated, "So let’s call it a joke." Russia cannot stop shipping products any more than Germany or the EU can stop purchasing it."

WHY IS ENERGY IMPORTANT IN THE WAR?

Russia is still a major supplier of 40% of Europe's gas imports and 25% for its oil.

The U.S. and United Kingdom have both stated that they would cease buying Russian oil. However, European leaders have resisted the call for a complete boycott of Russian oil. They have instead focused on reducing their imports over several years via conservation, Other Sources, and switching to solar and wind as quickly as possible.

Although estimates vary regarding the impact of a complete gas shutoff in Europe's, they are generally associated with a significant loss of economic output.