Vox sues Santillana for calling them Nazis in the textbook

Vox has filed a complaint before a Madrid Investigating Court against Santillana Global Education and two directors of the editorial group for framing Santiago Abascal's party as one of the European political forces "heirs of Nazism" in a textbook of History of First of Baccalaureate. 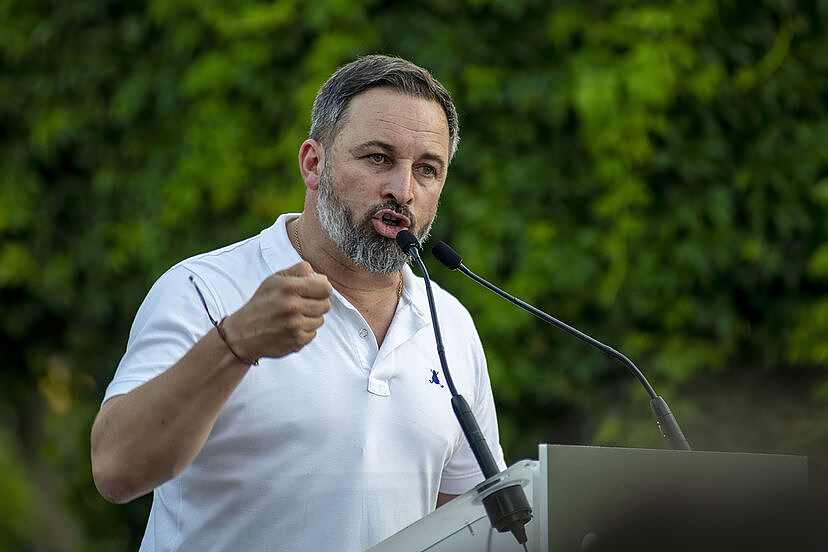 Vox has filed a complaint before a Madrid Investigating Court against Santillana Global Education and two directors of the editorial group for framing Santiago Abascal's party as one of the European political forces "heirs of Nazism" in a textbook of History of First of Baccalaureate.

As reported by Vox in a statement, the lawsuit for alleged crimes of libel and slander, as well as the commission of an alleged hate crime, is directed against the Santillana Global Education group, the director of Editions, Teresa Gence, and Lourdes Etxebarría, responsible for the drafting of the textbook "History of the Contemporary World".

Abascal's party warns that although the edition is "provisional", the book has been offered to all teachers for the next course, according to the Efe agency.

Vox explains that in the section "Towards the 2030 Agenda, what do we learn from the past?" The article "The rise of the extreme right in Europe" is collected, where the remains of Nazi ideology are analyzed, attributing it to the extreme right.

The "Nazi heritage" in today's European national parliaments is mentioned, pointing to Vox as a far-right party that continues the ideology of the German Nazi movement.

In the texts, warns the National Legal Vice-Secretariat, led by Marta Castro, describes Vox as "extreme right" and literally assures that the party has "a contrary discourse and its mania which they call Islamization of Europe" as ideas about which turns the political argument of the right and that justifies this qualification of "Nazi".

In his writing, the formation warns of the seriousness of these expressions since, according to what he maintains, beyond overcoming the criminal offense, they are included to ideologize a textbook, for which the complaint also denounces the violation of fundamental rights such as the of Education.

Vox has requested the declaration of the defendants; that a copy of the History of the Contemporary World textbook from Ediciones Santillana be required, and that the author of the chapter be identified.