Salvador Navarro points out in his employers' assembly, in the presence of the regional president, that Valencian companies lose competitiveness due to taxes. 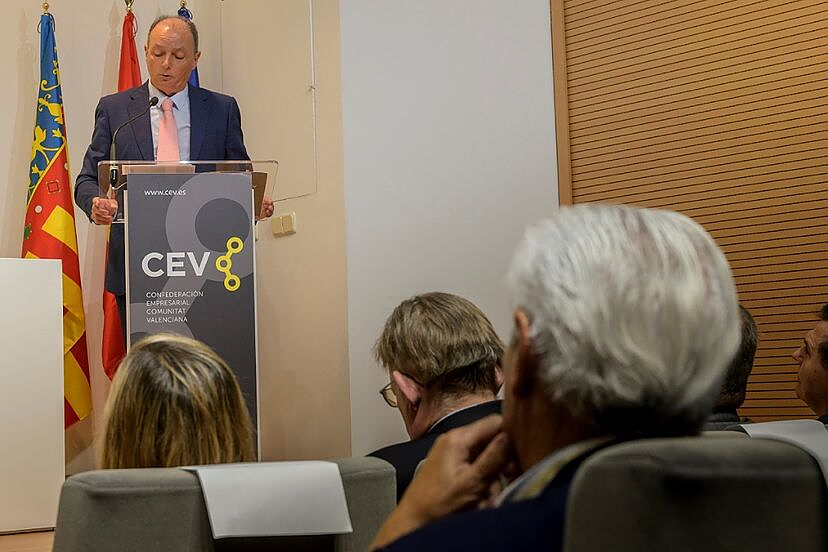 Salvador Navarro points out in his employers' assembly, in the presence of the regional president, that Valencian companies lose competitiveness due to taxes.

The president of the Business Confederation of the Valencian Community (CEV), Salvador Navarro, has asked that all taxation be taken into account, "green and not green" that falls on companies in order to assess the loss of competitiveness they suffer the companies of the region compared to those of other territories and to be able to adjust public policies to that reality.

In the same vein, it has called on the Government to "fine-tune its strategies, as companies do so as not to make more mistakes that will be difficult to correct, such as the miscalculations to which the unilateral breakdown of trade relations has been attributed. by Algeria".

This has been transmitted to the president of the Generalitat, Ximo Puig, who has been in charge of closing the meeting of the General Assembly of the Confederation, in which the annual accounts of the organization have been approved, giving the go-ahead to the activity report and ratify the agreements presented.

Navarro has criticized the desire to speed up the ecological transition based on taxes; He has denounced that they want to pay with new taxes a debt generated by a financing system that none of the government has been in a hurry to correct and has insisted that the low execution of the State budget in this territory will not be corrected with greater fiscal pressure. "Faced with the increase in taxation, the CEV proposes efficiency in spending, fight against the shadow economy, speed up the arrival of European funds to the real economy and greater public-private collaboration," he detailed.

Internally, he has focused on unity as the key to the CEV's success and has shared the claim that will accompany the Confederation from now on: "Unity to be More". "We want unity to be more resilient, more inclusive, more sustainable, more responsible, more innovative and more competitive," she concluded.

‹ ›
Keywords:
ValenciaComunidad ValencianaEconomíaImpuestos
Your comment has been forwarded to the administrator for approval.×
Warning! Will constitute a criminal offense, illegal, threatening, offensive, insulting and swearing, derogatory, defamatory, vulgar, pornographic, indecent, personality rights, damaging or similar nature in the nature of all kinds of financial content, legal, criminal and administrative responsibility for the content of the sender member / members are belong.
Related News