The United States issued its first passport bearing the "X" gender designation. This is a significant milestone in the recognition and protection of the rights of all people. 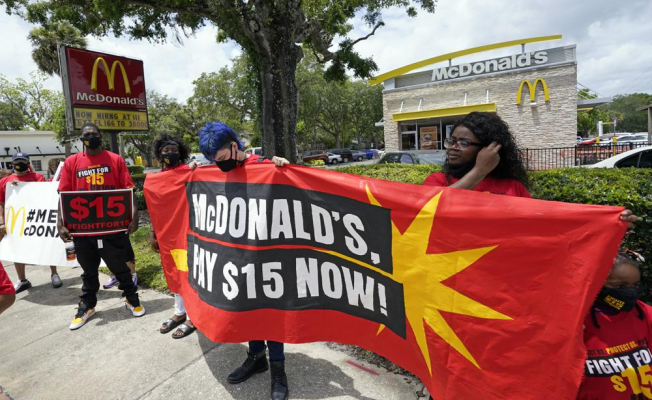 The passport recipient was not identified by the department, but Dana Zzym, an intersex activist hailing from Fort Collins in Colorado, said that they had received it. Zzym, who prefers a gender neutral pronoun, has been fighting the State Department for a passport that didn't require Zzyym lie about her gender by choosing either male or female.

Zzym (pronounced Zimm), picked up the UPS package along with the passport, after receiving a text message and phone call from Paul Castillo, Lambda Legal's lawyer, confirming that it had arrived. Zzyym had been celebrating Intersex Awareness Day late with two activists.

Zzyym, who is 63 years old, stated that it was exciting to finally receive the passport. However, Zzyym explained that the goal was not to travel the world but to recognize the next generation intersex citizens.

"I am not a problem. I am a human being. That's what matters," Zzym said. He has an arm tattoo that says, "Never lose heart," as a reminder of the goals he wants to achieve in his life.

Zzyym was born with unclear sexual characteristics. However, he was raised as a boy. Court filings show that Zzyym had multiple surgeries that did not make him fully male. Zzyym was a Navy man, but he later identified as intersex during his time at Colorado State University. Zzyym was denied his passport by the State Department, which prevented him from attending two Organization Intersex International meetings.

Zzym would love to go to another advocacy conference after they have resumed following the pandemic, or maybe to sea fish in Costa Rica. However, Zzym is on a fixed income and thinks a road trip to Canada to fish might be more feasible.

Zzyym's work was praised by advocates who said that the United States joining over a dozen countries with a third-gender option would allow individuals to travel as they are and keep them safe.

Jessica Stern, U.S. special diplomatic representative for LGBTQ rights, stated that the decision aligns government documents with the "lived truth" that there is more diversity in human sex than was reflected in the two previous designations.

Stern stated, "When a person gets identity documents that reflect their true identity they can live with greater dignity & respect."

In June, the State Department stated that it was working towards adding a third gender marker to nonbinary, intersex, and gender-nonconforming persons. However this would require time due to required computer system updates. A department official stated that the Office of Management and Budget still needs to approve the passport application and the system update with the "X” designation option.

The department allows applicants to choose their gender, male or female. Applicants no longer need to present medical certification if the gender they are applying for is not listed on any other identification documents.

Stern stated that Stern's office would discuss the U.S. experience in dealing with change in international relations and hopes to inspire other governments to do the same.

She stated that she saw this as an opportunity to affirm and promote the human rights of trans, intersex, gender-nonconforming, and nonbinary people all over the world.