Turkey lifts its veto on Finland and Sweden to join NATO

"I am pleased to announce that we have an agreement that paves the way for Finland and Sweden to join NATO," Stoltenberg told a news conference in Madrid. 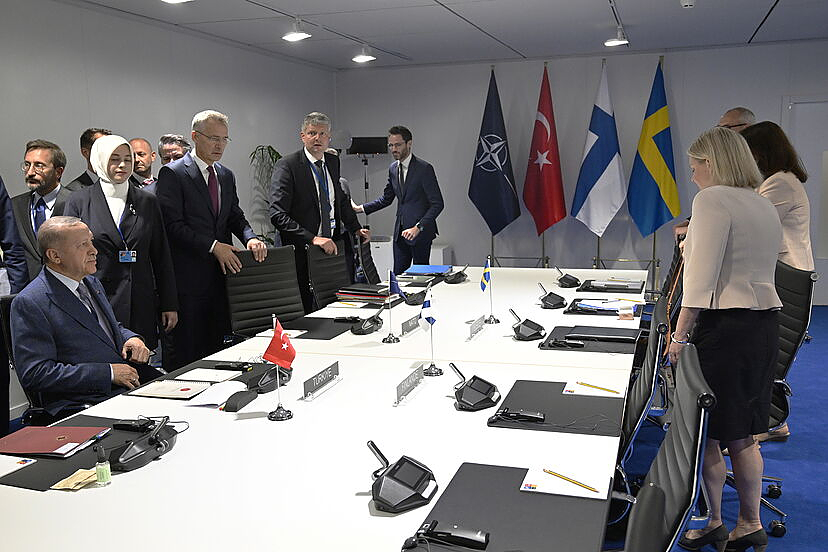 "I am pleased to announce that we have an agreement that paves the way for Finland and Sweden to join NATO," Stoltenberg told a news conference in Madrid.

The NATO summit in Madrid today closed its first agreement. And, furthermore, it is an important agreement, because Turkey agreed on Tuesday to lift the veto on Sweden and Finland so that they can enter the defense organization. So that the two Scandinavian countries can begin negotiations to join NATO. The signing of the agreement was attended and applauded by NATO Secretary General Jens Stoltenberg.

"I am pleased to announce that we have an agreement that paves the way for Finland and Sweden to join NATO," Stoltenberg told a news conference.

Turkey, Sweden and Finland had been working for months on an agreement to meet Turkish demands to lift its veto on the entry of the two Nordic countries into NATO. This Tuesday, in Madrid, the negotiations of the pact concluded, which must be ratified this Wednesday by the members of the organization at the start of the Madrid summit, which ends on Thursday.

In addition, Turkish President Recep Tayyip Erdogan will also meet with US President Joe Biden. Washington does not lose sight of Turkey's proximity to Russia, and that it is part of NATO's southern flank.

In any case, in the absence of knowing the details of Ankara's agreement with Stockholm and Helsinki, Turkey wants both Scandinavian countries to guarantee that they will not continue to host militants of the Kurdistan Workers' Party. Ankara considers the PKK (for its acronym in Turkish) as a terrorist organization that fights for the independence of Kurdistan. And, consequently, that Sweden and Finland do not sell them weapons.