The Spanish Minister for Equality, Irene Montero, is on an official trip to the United States along with other colleagues from her party. 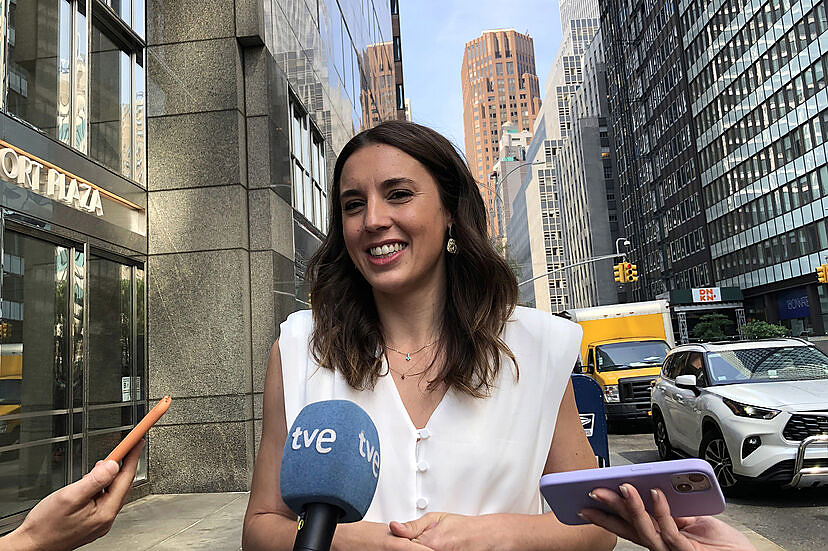 The Spanish Minister for Equality, Irene Montero, is on an official trip to the United States along with other colleagues from her party.

Thus, Montero has been seen at work meetings at the UN or with representatives of the White House, after which the minister assured that she has verified that her interlocutors "consider Spain a reference in the progress of women's rights , which is a pride and an honor".

But Montero has also had time to tour New York and a photo of the minister in the middle of Times Square, together with the Secretary of State for Equality, Ángela Rodríguez, and the spokesperson for Podemos, Isa Serra, has generated much criticism. .

In fact, Pablo Cambronero, a member of the Mixed Group in the Congress of Deputies, has requested the appearance of Montero to give explanations about the cost and purpose of this trip.