The situation in Madrid is already "complicated": streets cut off and retentions on the A-2 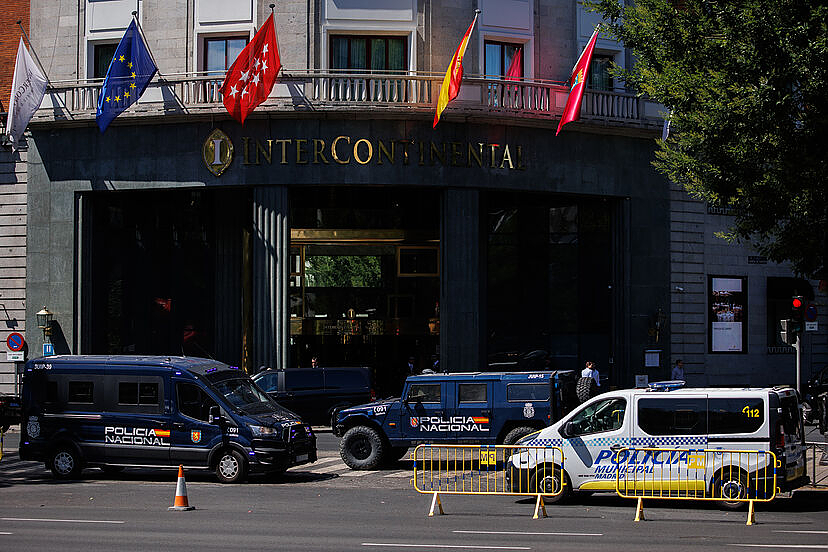 The mayor of Madrid, José Luis Martínez-Almeida, confirmed this Tuesday that the situation in the capital is already "complicated" due to the NATO summit due to the fact that the entire north-south axis, which is the Paseo de la Castellana; the Gran Vía, due to the transfer of the delegations to the hotels, and there are "important" retentions on the A-2.

"We are appealing to the patience and generosity of the people of Madrid and we apologize again. But it is an unbeatable opportunity for the city to be able to hold this summit. Citizens are showing that they are committed to this celebration since yesterday", assured the councilor in an interview on 'TVE', collected by Europa Press.

Almeida recalled that yesterday traffic fell by 10% on the M-30, an "important" figure, and stressed that this Tuesday morning is going to be "complicated" due to the arrival of the delegations in the city.

"We are looking forward to this summit, which will surely be as successful as the celebrations of the COP-25 or the Copa Libertadores have been, although this time we face the most important logistical and organizational challenge in our recent history", he underlined. Mayor.

On the other hand, Almeida has recalled the importance of teleworking during these days to "minimize" displacement. Likewise, he has underlined the use of public transport to move, for example, to the airport.

"The Madrid Metro is more operational from the point of view of speed to be able to move around the city. Citizens can also use the EMT buses, which are going to be hampered by the mobility cuts, but they are going to be free," he said.