The decision is based on "the significance and seriousness of the events that occurred, which could affect human rights and the fundamental rights of people, as well as the uniqueness and complexity of the investigation. 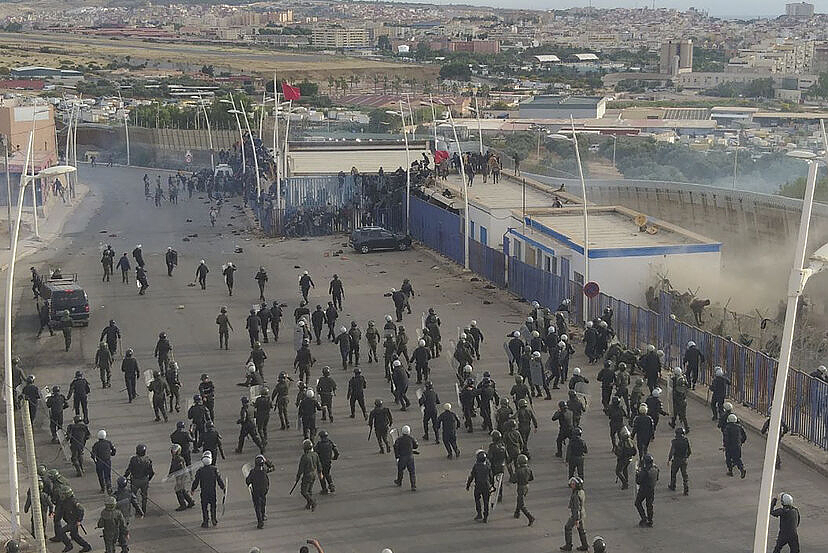 The decision is based on "the significance and seriousness of the events that occurred, which could affect human rights and the fundamental rights of people, as well as the uniqueness and complexity of the investigation."

The State Attorney General, Dolores Delgado, has commissioned an investigation to clarify the events recorded at the Melilla border fence on June 24, where at least 23 people died in Moroccan territory.

As reported by the Prosecutor's Office in a statement, Delgado signed a decree on Tuesday to entrust the prosecutor of the Immigration Coordinating Chamber, Beatriz Sánchez, with the investigation of what happened, given its "significance and seriousness."

The Public Ministry affirms that the human rights and fundamental rights of people may have been affected and highlights the "uniqueness and complexity" of the investigation.

The courtroom prosecutor had raised a communication this morning in which she requested the opening of investigative proceedings to clarify what happened.

Several parliamentary groups, including United We Can, had called for an investigation, a request to which the UN Committee on Migrant Workers joined this morning.

This organization has asked Morocco and Spain to immediately and fully investigate the causes of death of 23 sub-Saharan migrants to clarify whether they lost their lives "by falling from the fence, in the stampede or as a result of some action by border agents ".