The Popular Party celebrated this Monday the absolute majority obtained in the Andalusian elections and warned the Prime Minister, Pedro Sánchez, that "the countdown has already begun for him to leave La Moncloa. 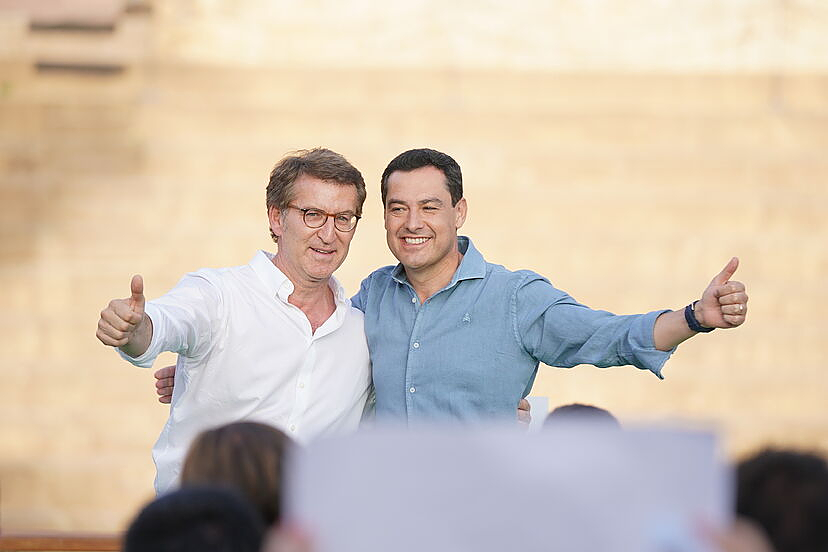 The Popular Party celebrated this Monday the absolute majority obtained in the Andalusian elections and warned the Prime Minister, Pedro Sánchez, that "the countdown has already begun for him to leave La Moncloa."

The general coordinator of the Popular Party, Elías Bendodo, spoke in these terms at the press conference after the Steering Committee held at the party's national headquarters in Madrid, where he stated that his formation has "taken a decisive and firm step" to unseat Sánchez from La Moncloa.

In this sense, the campaign manager of Juanma Moreno affirmed that the Andalusian regional elections reinforce the leader of the PP, Alberto Núñez Feijóo, as an "alternative", all in a context in which the popular have gotten rid of their " last ceiling", which was to achieve an absolute majority in Andalusia. "If in Andalusia the PP is capable of obtaining an absolute majority, in Spain it has no ceiling," he explained.

Faced with the achievement of the "sufficient" majority to which Moreno aspired, Bendodo now considers that "the PP can aspire to great achievements in the future", although from "prudence and moderation" because there are "no elections called" to Nacional level. In fact, regarding the possibility of an early election, he insisted on the idea that Sánchez would summon citizens to the polls "when it suits him best."

"Yesterday the clock was started with a countdown for Sánchez to leave La Moncloa. A clear alternative is already visible, which is the one that Feijóo represents," Bendodo declared. "Yesterday's result is very symptomatic and symbolic of how far the transversal support that the PP has achieved in Andalusia can go, and it can be extrapolated to the rest of Spain," he added.

Feijóo's 'number three' recalled that Moreno won in the eight Andalusian provinces with more than 40% of the votes, including Seville, where the PP had never won a victory in any electoral process. With almost 1.6 million votes and 58 seats, the popular ones were victorious in 567 of the 785 Andalusian municipalities, including Dos Hermanas and Uretra, which reveals that Andalusia "is not the farmhouse of any party," according to Bendodo.

He considered that it has become "clear" that Juanma Moreno "occupies the center of the political board" and has obtained the trust of "many socialists who do not recognize themselves in their current party or leader." "The sanchista model is exhausted", sentenced the general coordinator of the PP before predicting that the socialist candidates for the municipal and regional elections of May 2022 will dispense with Sánchez in his campaign events.