Almeida announces that next year's tax ordinances will include a reduction in Real Estate Tax to a minimum of 0. 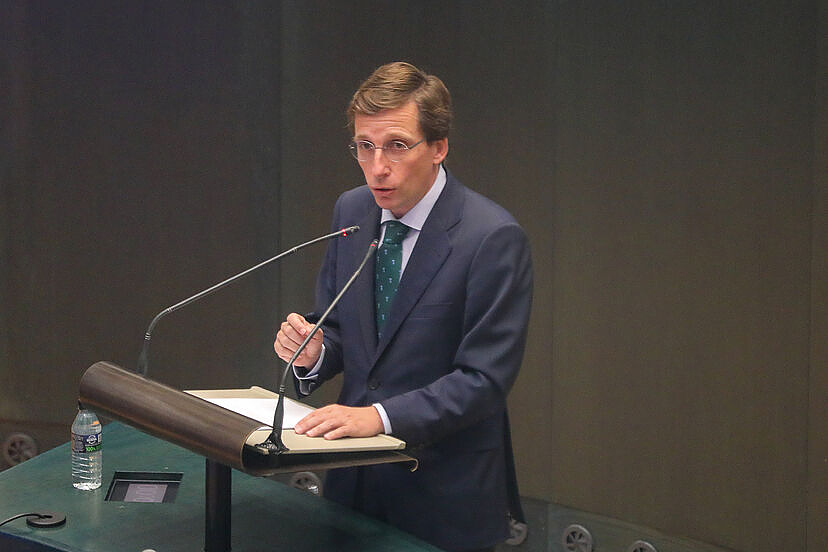 Almeida announces that next year's tax ordinances will include a reduction in Real Estate Tax to a minimum of 0.4% to save 110 million for the people of Madrid. The tax reductions promoted by the mayor in his mandate already totaled 450 million

The mayor of Madrid, José Luis Martínez-Almeida, announced yesterday his commitment to continue reducing the fiscal pressure on the residents of the Spanish capital by reducing the rate of Property Tax (IBI) to the legal minimum starting next

‹ ›
Keywords:
EconomíaJosé Luis MartínezAlmeidaImpuestos
Your comment has been forwarded to the administrator for approval.×
Warning! Will constitute a criminal offense, illegal, threatening, offensive, insulting and swearing, derogatory, defamatory, vulgar, pornographic, indecent, personality rights, damaging or similar nature in the nature of all kinds of financial content, legal, criminal and administrative responsibility for the content of the sender member / members are belong.
Related News