The government reduces the transport subscription, and will provide 200 euros for families with low incomes

Five days before the Government's anticrisis plan to mitigate the effects of war in Ukraine ends, this Saturday, the Council of Ministers met in extraordinary fashion to approve the extension. 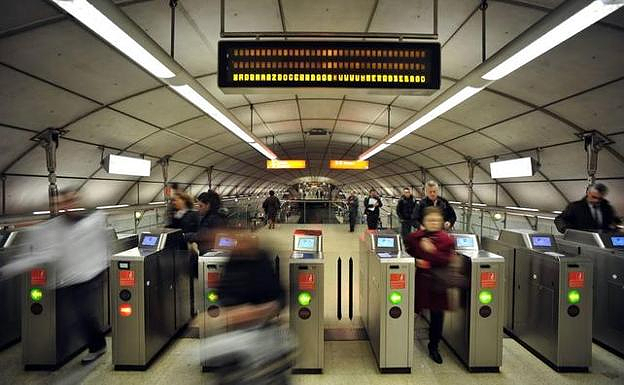 Five days before the Government's anticrisis plan to mitigate the effects of war in Ukraine ends, this Saturday, the Council of Ministers met in extraordinary fashion to approve the extension. This time, it will not only be three months but will last until December 31, as President Pedro Sanchez confirmed.

Six months more and new measures will be taken to try and inject oxygen into families whose economies are being seriously affected by the escalating inflation. This escalation cannot be considered to be circumstantial, and it seems to continue at least until the end. The Executive maintains measures like the discount of 20c per liter on fuel, the cap rent or prohibition of objective dismissals and includes new measures such a check of 200 euro for families with children in need, assistance for public transport passes, a reduction in the VAT on electricity of 10% to 5%, and a limit on the maximum price for the butane-cylinder.

The budgetary impact of this extension of the decree is more than 9,000 millions euros. According to the president, 5,500 million of these funds are used to protect families, the working classes, and the most vulnerable sectors. Another 3,600 million receive lower incomes due to tax cuts.

The total State expenditures will be approximately 15,000 million euro in 2022, which is more than 1% of Spain's GDP. This includes the first decree. Sanchez explained that this was done to limit the price rise by 3.5 percentage points during his appearance.

These are the measures that the Council of Ministers approved:

Enjoy Discounts up to 50%

The reduction in public transport was one of the items that was discussed. The Council of Ministers approved a 50% price reduction for all monthly passes under state ownership (such Renfe), and a 30% reduction for passes that are dependent on autonomous communities or municipalities (buses, metro ) which they can also expand with their own resources to up to 50%. This measure will be in effect from September 1 through December 31.

Sanche explained that the monthly Cercanias pass would cost 29 Euros per month, but will now be 14.5 Euros.

The Government also approved 200 euros in direct assistance for low-income workers -100 more than what United We Can propose - which can be requested during July.

The president hasn't made it clear who the direct aid will go to and asked them to wait until the BOE publishes the details. Vice President YolandaDiaz explained via Twitter that the check will be for families earning less than 14,000 euro a year, which is households that earn less that the minimum interprofessional wage. This will "help alleviate their situation" due to high inflation. Diaz didn't limit it to self-employed and unemployed like Sanchez.

Remember that the Executive had already reduced the VAT from 21 percent to 10% one year ago when electricity prices began to rise to 85.73 euros/MWh. The price per MWh is currently higher than 200 euros, despite all the measures taken, including the gas price cap.

Other measures related to electricity were also kept, including the extension of a social bond discount which is helping nearly two million households, the suspension tax on the production value and the reduction of 0.5% to the electricity tax.

The president explained that the maximum price for the butane cylinder will remain in effect until December 31, and would "contribute to the well-being" of those most vulnerable.

The second vice president stated that the price of butane cylinders has been frozen again, as we did during coronavirus crises. He indicated that this will provide "important support in many homes in our country so they can open hot water doesn’t cost more."

The reduction of 20c per liter in fuels is maintained through the end of the current year.

Diesel is currently sold at 2.10 euros per liter, while gasoline is on average 2.13 euros. This price rise has effectively removed the 20c per liter subsidy that the Government applied to all drivers since April 1. The carriers asked for an increase in the bonus to 40c per liter to their sector this week, but they have not received any response.

The State will pay 425 million euros per monthly for this measure, or approximately 5,100 million dollars until December 31. This is according to data from the Tax Agency. It shows that drivers used a total 34,000 million liters fuel in 2019, the year before the pandemic. It will cost 140 million euros per year for the oil companies. They will contribute at least 5 cents per barrel.

The minimum vital income (IMV) has been increased by 15% to benefit approximately 1.2 million people.

This program, which is dependent on the Ministry of Inclusion, Social Security and Migration, launched during a pandemic. Its amount varies according to the socio-economic situation of each household.

Sanchez said that the new decree includes a 15% increase to the almost half-a million non-contributory pensions and disability pensions. This will translate into an average of 60 euros per month more (360 euros at the end of the fiscal year). .

The extraordinary assistance of 200 euros will not be available to both the non-contributory disability and retirement pension recipients.

Extended until the end is the delay in payment of Social Security Contributions for Transport and Agriculture.

The limit on rents subject to revision according the CPI at 2.2% is also maintained.

This was the first anti-crisis decree's most popular measure. It is a limitation that does not apply to vulnerable groups but also applies to all rental contracts that have been renewed since April.

Many tenants were then faced with the problem of landlords demanding, in writing, an increase in their monthly rent based on the CPI data for the preceding month. This could reach more than 8%.

All companies receiving aid from the government are forbidden from making objective dismissals based on the energy rise.

At the end May, 27,380 workers remained in ERTE following the pandemic. This number (now called RED Mechanism), is still active, but with fewer bonuses that they had previously. If they can justify being affected by the new crisis, companies that use them will not be in a position to lay off employees.

‹ ›
Keywords:
MedidasAnticrisis
Your comment has been forwarded to the administrator for approval.×
Warning! Will constitute a criminal offense, illegal, threatening, offensive, insulting and swearing, derogatory, defamatory, vulgar, pornographic, indecent, personality rights, damaging or similar nature in the nature of all kinds of financial content, legal, criminal and administrative responsibility for the content of the sender member / members are belong.
Related News