Post a Comment Print Share on Facebook
Famagusta 27
DOLLAR 16,65
EURO 17,53
GOLD 974,87
BIST 2.508,63
Decathlon Spain exceeds 2,000 million in sales after tripling its online...
Eduardo Serra: "The 'telecos' are overloaded with taxes"
The SEC fines EY 94 million for cheating in its accountants' certification...
HIP and Barceló open the Lanzarote Active Resort hotel after investing...
Loewe shoots up its sales and earns 68 million
Sepi confirms that it will not rescue Abengoa and puts it out to tender
The CNMV urges Indra to recompose its board "well"
Ignacio Martín will leave Indra's board in October
The best motorhomes and campers to get away this summer
Grefusa builds another dried fruit factory after growing 5.8%

After the bad result of the president in the legislative elections on Sunday, the conservatives refuse to be part of the government and the left is heading for a motion of censure.

After the bad result of the president in the legislative elections on Sunday, the conservatives refuse to be part of the government and the left is heading for a motion of censure.

The setback that the French president, Emmanuel Macron, suffered in the legislative elections last Sunday led his prime minister, Élisabeth Borne, to present her resignation on Tuesday. Macron rejected her departure, so she will remain in office,

‹ ›
Keywords:
EconomiapoliticaPolíticaEconomía
Your comment has been forwarded to the administrator for approval.×
Warning! Will constitute a criminal offense, illegal, threatening, offensive, insulting and swearing, derogatory, defamatory, vulgar, pornographic, indecent, personality rights, damaging or similar nature in the nature of all kinds of financial content, legal, criminal and administrative responsibility for the content of the sender member / members are belong.
Related News 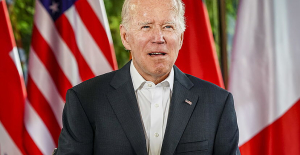 Biden will communicate to Sánchez an increase in... 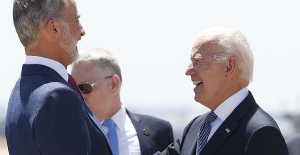 King Felipe VI receives Biden in Madrid for the NATO... 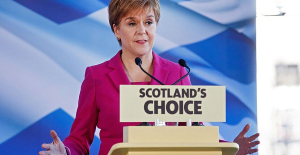