The ECB warns the bank that it is betting 70,000 million on climate risk

The European Central Bank (ECB), after submitting 104 entities to the resistance test, has reached a great conclusion. 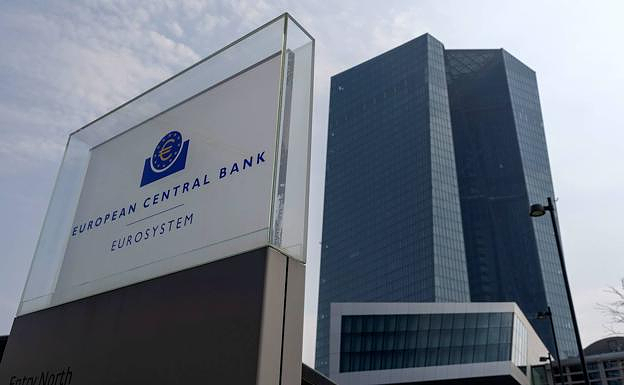 The European Central Bank (ECB), after submitting 104 entities to the resistance test, has reached a great conclusion. Only 41 of these entities have passed the test. These records show that the central bank has estimated an adverse effect of 70,000 million euro in the face contingencies like an increase in carbon prices, severe droughts, and complex episodes of flooding.

The banks insure and finance individuals as well as businesses, which are exposed to the environmental risks that can, in a climate-change environment, affect their accounts. Although the ECB does not offer specific results or tests, it highlights the fact that entities have provided innovative and comprehensive information about climate risk. However, it also regrets the lack of robust testing frameworks for climate stress and relevant data.

"Euro area banks should urgently intensify efforts for measuring and managing climate risk, closing data gaps, and adopting good practice that are already in the sector," stated Andrea Enria (President of the Board of ECB Supervision).

The test involved 104 banks that were significant. However, in the third module, the 'bottom up' stress test only 41 banks directly supervised by banks. This was to ensure proportionality to smaller banks.

The first module of the review asked banks to provide information about their climate stress testing capabilities. In the second, they also indicated their dependence on carbon-emitting industries. Finally, the third module assessed their performance in different scenarios over time. They were able to provide information on their climate stress testing capabilities. Frank Elderson, Vice Chairman and Oversight Board Chair, said that this exercise was a significant milestone in our quest to make our financial system more resilient against climate risk. He said, "We expect banks will take decisive actions and develop robust climate stress-testing frameworks in the near to medium term."

The ECB warns banks that they are not following best practices and should create climate stress testing capabilities. This would include multiple climate risk transmission channels, such as market and credit risks. Portfolios (for instance, corporate or mortgage).

The second module of the test revealed that nearly two-thirds (or more) of bank revenues come from non-financial corporate customers.

The ECB points out that banks' "funded issue" often comes from a few large counterparties, which increases their risk of being exposed to transition risks. The institution also recommends banks increase their commitment to clients to get more detailed data and information about their transition plans. This is essential for banks to manage and measure their climate risk exposure in the future. future.

The stress test for the third module requires banks to project loss in extreme weather events or in transition scenarios with different time frames. It confirms that banks in Europe are subject to physical risk.

The findings demonstrate that banks are more vulnerable to heat and drought than they were in previous years. This is because of the geographic location of their exposures and the sectoral activities. Its impact can be seen in a decline in productivity in certain sectors, such as construction and agriculture, and an increase credit losses in the areas affected.

In the flood risk scenario, real property securities, underlying mortgages, and corporate loans will also be affected, especially in the most difficult-hit areas.

The stress test reveals that the combined credit and market losses during a short-term disorderly transformation and the two scenarios of physical risk amount to approximately EUR70 billion for all 41 banks involved.

In particular, 53,000 million euros would be lost under the short-term disorderly transit scenario, and 17,000 million for losses in short-term physical risks scenarios like droughts or floods.

The ECB warns however that this underestimates climate-related risks. It does not reflect the full extent of the real threat.

The results of the long-term projections for banks under various climate risk scenarios show that a green transition is more likely to result in lower losses than a chaotic or null policy.

The ECB points out that banks are unable to distinguish between different long-term scenarios because they lack solid strategies. They also tend not to reduce pollution from polluting industries and support businesses with lower carbon omissions. Banks must include direct and indirect transmission channels into their long-term strategic plans.

‹ ›
Keywords:
AdvierteBancaJuega70000MillonesRiesgoClimatico
Your comment has been forwarded to the administrator for approval.×
Warning! Will constitute a criminal offense, illegal, threatening, offensive, insulting and swearing, derogatory, defamatory, vulgar, pornographic, indecent, personality rights, damaging or similar nature in the nature of all kinds of financial content, legal, criminal and administrative responsibility for the content of the sender member / members are belong.
Related News