Silvina Batakis replaces the dismissed Martín Guzmán, the second victim of scope in the open war between the supporters of the president and the vice president of the country. 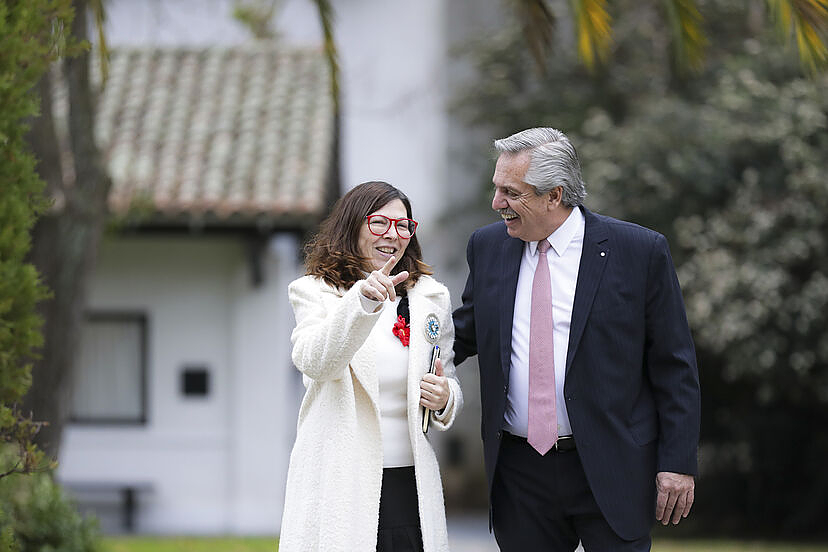 Silvina Batakis replaces the dismissed Martín Guzmán, the second victim of scope in the open war between the supporters of the president and the vice president of the country.

Silvina Batakis, an economist involved in regional politics, will be the new Minister of Economy of Argentina. Batakis, who is part of the Kirchnerist wing of the government party Frente de Todos, will assume the portfolio that she left vacant on Saturday Ma

‹ ›
Keywords:
EconomíaArgentinaLatinoamérica
Your comment has been forwarded to the administrator for approval.×
Warning! Will constitute a criminal offense, illegal, threatening, offensive, insulting and swearing, derogatory, defamatory, vulgar, pornographic, indecent, personality rights, damaging or similar nature in the nature of all kinds of financial content, legal, criminal and administrative responsibility for the content of the sender member / members are belong.
Related News