The PP will stay between six and eight seats away from the absolute majority in the Andalusian elections on June 19 and in any case it would be guaranteed with the support of Vox, according to the pre-election study by the Center for Sociological Research (CIS) that was published this Thursday. 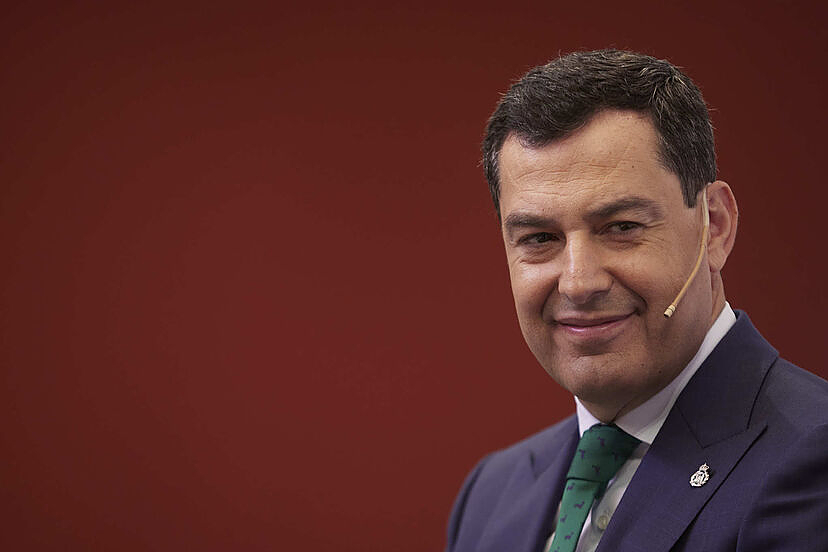 The PP will stay between six and eight seats away from the absolute majority in the Andalusian elections on June 19 and in any case it would be guaranteed with the support of Vox, according to the pre-election study by the Center for Sociological Research (CIS) that was published this Thursday.

According to the estimate of the study, elaborated on 7,539 interviews carried out between May 17 and 28 and which contemplates a general margin of error of /- 1.2%, the PP of the current president of the Board, Juan Manuel Moreno, it will obtain between 47 and 49 seats of the 109 that the Andalusian Parliament has. Vox, which would be the third most voted party, will achieve between 17 and 21. Therefore, in the worst case they would add 64, when the absolute majority is 55.

The PSOE would be the second candidacy with the most support, 25.2%, and would translate them into a range of between 32 and 36 seats, in line with its results four years ago, which were 27.9% and 33 deputies . However, it would be a long way from adding Por Andalucía, which would achieve between 9 and 10, and Adelante Andalucía, which would score two.

Both forces would add 14.4% of the votes, not far below the 16.2% obtained by the only candidacy to the left of the PSOE that concurred in 2018, but they would translate into up to six seats less than the 17 that the party achieved. Forward Andalusia of that time.

The CIS predicts that Ciudadanos, despite nurturing the rise of the PP in its debacle, will continue in the Andalusian Parliament, with between one and three deputies, the ones that would remain of the 21 that it got four years ago, while it could enter the Chamber with another the candidacy Jaén Deserves More, of the platform Spain Emptied. 20% of those surveyed said that they still "do not know" who they will vote for and another 5.1% did not answer. Of the undecided, almost one in five doubts between the PP and the PSOE, and another between the PP and Vox, and one in six between the PP and Ciudadanos.

The PP, which in the December 2018 elections was only the most voted party in Almería, in these elections it would be in the eight Andalusian provinces. Starting with the most populated, in Seville it would get 8 seats, well ahead of the 5-6 of the PSOE of its former mayor Juan Espadas, of the 2-3 of Vox, the 2 of Por Andalucía (one of them its leader, Esperanza Gómez ), that of Adelante Andalucía and perhaps that of Ciudadanos, which would be for the vice-president of the Junta, Juan Marín. And, in Malaga, between 7 and 8, also with a comfortable advantage over the 5 of the PSOE, the 3 of Vox, between 1 and 2 of Por Andalucía (the first, that of its candidate for the Presidency, Inma Nieto) and one that would have guaranteed Citizens.