Tamara Falcó and serial entrepreneur Hugo Arévalo have teamed up to acquire miniplanta, a Spanish start-up specializing in baby plants. 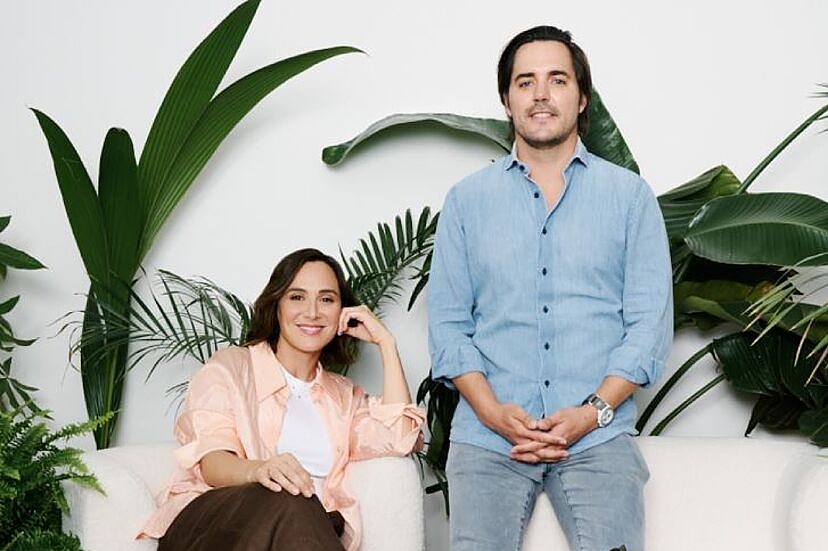 Tamara Falcó and serial entrepreneur Hugo Arévalo have teamed up to acquire miniplanta, a Spanish start-up specializing in baby plants. Falcó is a partner

miniplanta was born during the 2020 confinement, led by Alex Chacón and Víctor Rodado, as an excuse to be surrounded by plants that come from nearby, sustainable and chemical-free production. Its founders assure that today it is present in 25,000 homes. They work with local and proximity suppliers in Valencia and Jaén.

This is not Tamara Falcó's first foray into the world of entrepreneurship, as her facet as a businesswoman in the world of fashion is well known, as a designer with her own brand, TFP by Tamara Falcó.

Hugo Arévalo is president and co-founder of The Power MBA, a start up that allows you to learn from the best in the world in a business community, dedicating only 15 minutes a day.

At the beginning of the year, EXPANSIÓN published an analysis prepared by Carlos Blanco, investor and entrepreneur, founder of Encomenda, Nuclio and Conexión, which placed The Power MBA among the 20 future Spanish unicorns.

Arévalo began his career at Hawkers in October 2016 after a financing round in which the sunglasses company obtained 50 million euros from a group of investors, including Arévalo himself.

In 2018, the entrepreneur, president of the sunglasses firm, left the company precisely to undertake ThePowerMBA project.

One of Hugo Arévalo's latest investments has been his participation in the round of 2.2 million euros obtained by Last.app, founded by ex-Glovo Eric and Iván Nikolic, which develops software to simplify operations and management of the day to day of restaurants. Arévalo was one of the business angels who participated in it.

Regarding his new mini-plant adventure, Arévalo assures that since he invested in Tuenti at the age of 24, he has focused on businesses that he considers to have great prospects. He adds that "after the pandemic, we have seen a clear benefit of having plants at home. They have had a boom that I am sure will continue in the future."

‹ ›
Keywords:
ExpansionempleoemprendedoresExpansión Y Empleo
Your comment has been forwarded to the administrator for approval.×
Warning! Will constitute a criminal offense, illegal, threatening, offensive, insulting and swearing, derogatory, defamatory, vulgar, pornographic, indecent, personality rights, damaging or similar nature in the nature of all kinds of financial content, legal, criminal and administrative responsibility for the content of the sender member / members are belong.
Related News