NATO Secretary General Jens Stoltenberg assured on Wednesday that the allied summit in Madrid will be "historic and transformative" in the face of "the most serious security crisis" it has faced since World War II. 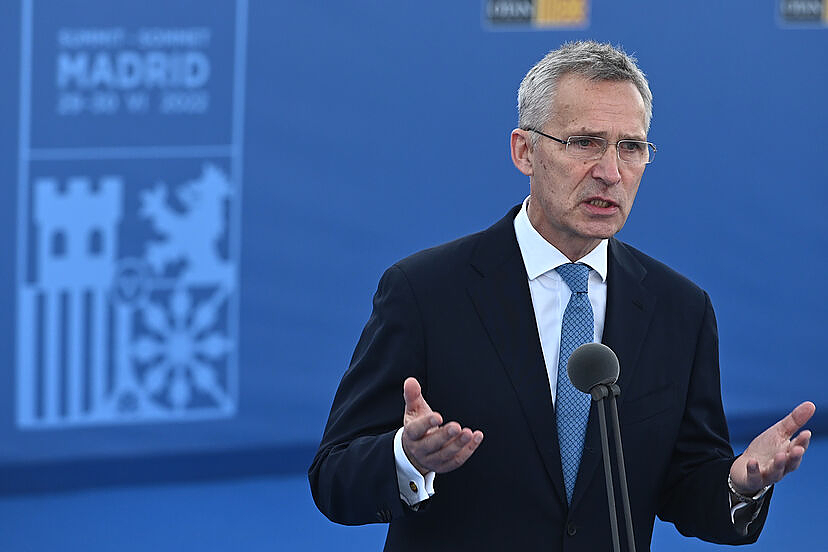 NATO Secretary General Jens Stoltenberg assured on Wednesday that the allied summit in Madrid will be "historic and transformative" in the face of "the most serious security crisis" it has faced since World War II.

"It will be a historic and transformative summit for our Alliance, we are meeting in the midst of the most serious security crisis we have faced since World War II," Stoltenberg said upon arrival at the Madrid Fair, where the meeting of leaders of NATO.

The former Norwegian prime minister assured that the thirty allies are responding "strongly and unitedly to all the threats and challenges we face".

He assured that it will be a "transforming summit" because "we will make historic decisions", among them that of approving a new Strategic Concept that will guide NATO's policies through the next decade, in "a more competitive and dangerous world, to protect all the allies and close to a billion citizens".

The previous Strategic Concept was approved in 2010, and Stoltenberg said that the one adopted today will reflect that the world is "completely different" than it was ten years ago.

The 2010 document recognized Russia as a strategic partner for NATO.

China, meanwhile, was not even mentioned in the 2010 text, but allied leaders plan to indicate in the 2022 text that Beijing poses "a challenge to allied values, interests and security".

Stoltenberg stressed that China "is not an adversary", but admitted that the "consequences" for allied security need to be taken into account when the Asian country invests in new military capabilities or tries to control critical infrastructure.

He also assured that the president of Ukraine, Volodymyr Zelensky, will address the allied leaders by videoconference at the beginning of the summit, in which a comprehensive aid package will be approved so that the country can defend itself from Russian aggression.

At the Madrid summit, the leaders also plan to give the green light to an increase in their high readiness forces, which will go from the current 40,000 soldiers to more than 300,000.

The NATO Response Force is a highly prepared and technologically advanced multinational force made up of ground, air, sea and Special Operations Forces components that the Alliance can rapidly deploy where needed.

Stoltenberg was confident that the surge in these forces would be "ready" by 2023.

On the entry of Finland and Sweden into NATO, after the agreement that the two Nordic countries reached on Tuesday with Turkey to lift Ankara's blockade on accession, the secretary general stressed the speed of the process.

Thus, he stressed that Helsinki and Stockholm submitted the request to join the Alliance in May and that at the Madrid summit the allied leaders will make the decision to invite the two countries to join the transatlantic organization.

After granting the status of invited to join NATO to the two countries, the ratification of the accession protocols of both countries must be carried out in the thirty current members of the Alliance.

Stoltenberg hoped that these ratifications will be carried out quickly.