Post a Comment Print Share on Facebook
Famagusta 26
DOLLAR 17,84
EURO 18,45
GOLD 1.025,89
BIST 2.829,58
Opinion: 'Saudi Arabia, from oil to tourism'
Jordi Bordoy, rider and general manager of Motos Bordoy, new president...
Opinion: Financial education brings us closer to well-being
Bizum notifications don't reach users because of this reason
To steal your data, send false SMSs to BBVA or Unicaja customers
Notification from the OCU to mortgagees who will be paying insurance
In a packed Pamplona, the bulls run fast and smoothly.
What day does Santander, BBVA, CaixaBank and Sabadell pay July pensions?
You can get a 10% refund on direct debit subscriptions with the new BBVA...
From the port to the inner city

Spanish companies enter the real estate 'boom' in the metaverse

Some Spanish companies in the real estate sector are beginning to bet on this universe to show their products to the most technological users. 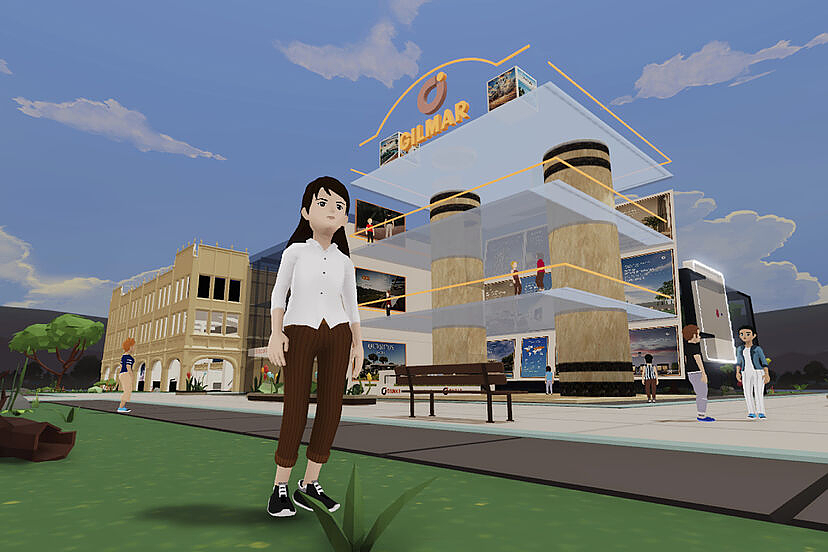 Some Spanish companies in the real estate sector are beginning to bet on this universe to show their products to the most technological users.

Whether it is simply a fad or really the technological revolution that the gurus bet it will be, the truth is that the metaverse is on the lips of all professionals, regardless of their sector. But precisely in the world of real estate, this parallel reality where in the not too distant future we will all have our virtual double and interact in shops and spaces in 3D, makes even more sense.

For this virtual world to take shape, it is necessary to create virtual places, and the way to do it, at the moment, is by buying plots in the metaverse. That is why in recent months the figures of the virtual real estate boom border on the crazy, especially when thinking that it is not about real spaces, but plots of land that are only on the Internet.

According to a JPMorgan report on opportunities in the metaverse, the average price of a parcel of land doubled in a six-month window in 2021, jumping from $6,000 in June to €12,000 in December. As CNBC points out, last year sales in the virtual world reached 500 million dollars and the metaverse real estate market is expected to grow at an annual rate of 31% between 2022 and 2028, according to a report by BrandEssence Market Research .

The change of name from Facebook to Meta to make clear the company's commitment to the metaverse was key for investments in this technology to begin to grow, and since then there have been many companies related to the real estate sector that have decided to enter in this world.

Metaverse Property defines itself as the first virtual real estate company and among its services the company offers the sale and rental of plots on virtual platforms such as Decentraland, The Sandbox, Somnium, or Cryptovoxels (the four main metaverses). And it is that although these new companies have begun to grow focused on the sale of non-physical land, traditional agencies and developers have also focused on the metaverse. Even in Spain.

An example of this is Gilmar, which during the celebration of SIMA has inaugurated its first commercial headquarters in Decentraland. In this virtual reality, Gilmar opens the doors of a new digital commercial office, Gilmar Tower, with more than 20 meters of height and where it has already begun to offer new experiences to its clients and market its physical homes.

In the case of Metrovacesa, the company became the first promoter to access the metaverse thanks to the alliance with the start up Datacasas Proptech. With an office in Decentraland, Metrovacesa allows users to access its virtual office to find out about the Málaga Towers project, be assisted by a virtual salesperson and reserve one of the homes without leaving the platform.

Also, users interested in acquiring virtual properties, in the metaverse, have hundreds of options and platforms that offer it, such as Uttopion, a Spanish metaverse promoted by Lanzadera, from the president of Mercadona Juan Roig. In this metaverse there are currently 1,000 plots of land for sale for the user or the companies that wish to build their premises or spaces and start exploiting them.

The million-dollar acquisitions of plots and the projects of some companies to virtualize entire cities are becoming common when talking about the metaverse. In 2021, a digital real estate investment fund acquired 700 plots in Sandbox for more than 4 million dollars. The same fund has paid almost one million euros for 259 lots on which it is going to build a virtual shopping center in Decentraland. For its part, Rome has just been bought in its virtual version within the Ertha platform for $120,000, including all its monuments. The $120,000 paid for the eternal city exceeds the $59,000 from the Tokyo sale or the $50,000 from Sweden.

In the Decentraland metaverse, Genesis City has developed, a city the size of Washington where parcels are selling for more than $200,000. In total, real estate transactions worth more than 50 million dollars have been carried out in this space.

In the case of the metaverse The Sandbox, the luxury platform Exclusive, has sold 25 private islands for a total of 2.5 million.

‹ ›
Keywords:
DirectivosestilovidacasasEconomíaNegocios Y Finanzas Construcción E InmobiliariaMercadonaJuan RoigEspañaMetaFacebookInternetViviendaRealidad VirtualEconomía DigitalCompañiasTecnología
Your comment has been forwarded to the administrator for approval.×
Warning! Will constitute a criminal offense, illegal, threatening, offensive, insulting and swearing, derogatory, defamatory, vulgar, pornographic, indecent, personality rights, damaging or similar nature in the nature of all kinds of financial content, legal, criminal and administrative responsibility for the content of the sender member / members are belong.
Related News