Post a Comment Print Share on Facebook
Famagusta 30
DOLLAR 18,53
EURO 18,16
GOLD 991,36
BIST 3.179,99
The left behind, the rich and the forced financed
Most people make this mistake when cheating
With this new word, Russians express their opposition to Putin
Germany in a magnifying glass
The question of what constitutes hate and how to deal with it
When Can an Employee Be Terminated for Cause?
Why the new documentation center should be cancelled
"I am my own impresaria"
Gangsta's Paradise rapper Coolio dies aged 59
Buyers neglect the emotional return

Spain, at the tail of Europe in the implementation of the electric car

The lack of recharging infrastructures is penalizing the development of electric mobility in Spain to the point that our market is among the least developed of the large European countries. 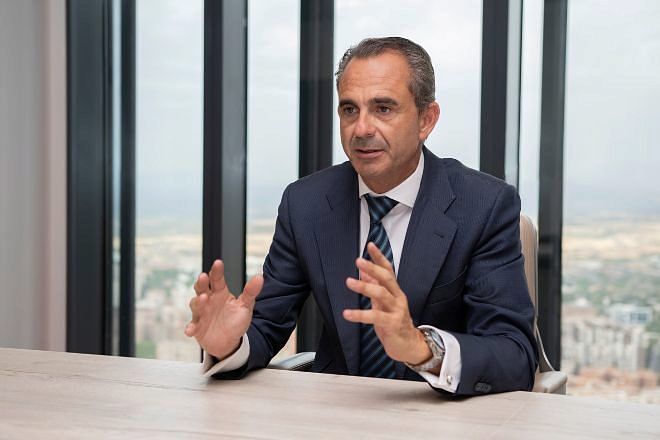 The lack of recharging infrastructures is penalizing the development of electric mobility in Spain to the point that our market is among the least developed of the large European countries. This is one of the main messages of the eReadiness 2022 report, prepared by Strategy

The document concludes that Spain is, along with Italy, among the least developed electromobility markets, far behind Norway and Switzerland, and behind the United Kingdom, Germany and France.

Thus, the panel prepared by the professional services firm reveals that the Achilles' heel for the development of the electric mobility market in our country is the charging infrastructure.

This result comes after analyzing factors such as the number of public charging points per thousand vehicles, fast charging points -above 150 kW- per kilometer of motorway, the percentage of renewable energy produced by each country or the relationship between cost of gasoline and electricity.

Proof of the scarce network of infrastructures to plug these vehicles into Spanish roads is reflected in the data from the latest Barometer of Electromobility in Spain prepared by Anfac. The report puts 14,244 public electric recharging points available in Spain, counting, more than 75% of them, with a power below 22kW.

The scarce network of infrastructures set up so that the electric car moves with guarantees in our country contrasts with the institutional will when it comes to encouraging the purchase of this type of vehicle. Thus, the report reveals that only in direct aid, in Spain you can obtain up to 7,000 euros for the purchase of one of these vehicles. In addition, registration taxes are excluded and circulation taxes are reduced by up to 75% compared to those assumed by the owner of a combustion car.

These data place our country in second position of the seven that the PwC study compares, with 3.8 points. However, experts affirm that the system for granting this aid in our country is ineffective, and the delivery of the subsidy may be delayed by more than a year.

When quantifying the existing offer in the seven markets analyzed, the experts detail issues such as the penetration of electric motor cars compared to those that are powered by petroleum derivatives. Thus, last year, only 9.3% of electric vehicles were registered in Spain, a figure similar to that of Italy (8.9%) and more than ten points below the countries in the registration rates for this type of vehicle. vehicles registered by France, the United Kingdom, Switzerland and Germany.

The report also reveals a key issue so that electric mobility does not finish settling in our country. And it is that the professional services firm conducted a survey of a panel of 4,600 consumers from the seven countries, an analysis that revealed that the average annual salary of the owners of electric vehicles stands at 74,000 euros. Meanwhile, in Spain, the average annual income of those who responded to the survey, whether or not they had this type of vehicle, stood at 37,000 euros per year.

The report reflects that Spanish consumers who want to access electric mobility are those with less purchasing power. This generates a gap with respect to European owners of this type of vehicle of 37,000 euros in income per year. In this line, the economic reality slows down the desire of the users of our country to access sustainable mobility. And it is that, only 28% of the Spaniards surveyed consider investing in an electric vehicle in the next two years.