Since 2008, wages have lost 3.1 percent of their purchasing power

It is time to look at how wages are rising in a world where there is so much talk about an income pact that will curb inflation. 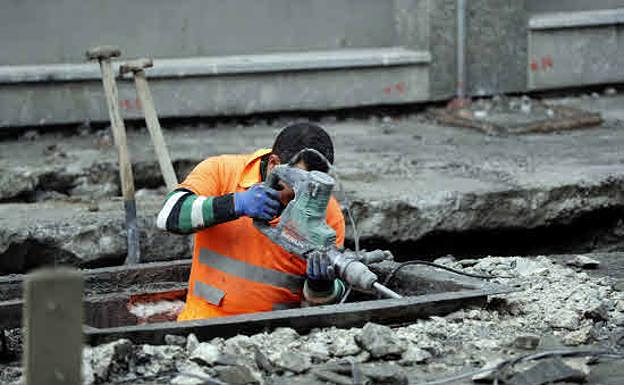 It is time to look at how wages are rising in a world where there is so much talk about an income pact that will curb inflation. Yes, the average salary increased 6.6% last year, which was also due to the ERTE and unemployment.

This means that the average monthly salary reached 1,751 euro per month, a historical record. If you discount the variations in consumer prices, it becomes clear that inflation has been ahead by half the wage rise and that the increase in purchasing power was only 3.4% in 2021. This was not enough to stop a 0.2% decrease in the purchasing power average remuneration over the past five years. This is equivalent to a loss in purchasing power of average remuneration of 4 euros per monthly or 48 euros per annum compared to 2016. Even worse is the fact that the Spanish salary has lost 3.1 percent of its purchasing power compared to 2008, right before the Great Recession. This was revealed in an Adecco report.

The gap between workers with higher and lower incomes is still widening. The 10% of wage-earners who make the lowest income earn an average monthly remuneration of 556 euro per month. Meanwhile, the 10% with the highest wages earn an average of 5,001 euro per month. Despite this being the second-lowest ratio since 2010, the highest salaries for 2021 were nine times higher than the lowest.

The average industry salary rose 5.1% to 1,973 euro per month in 2021. This is its highest historical value. Industries are those with an average wage that is higher than the general average. This means that workers in these sectors earn on average 222 euros more than other wage earners.

Construction saw wages rise by 4.7%. The average monthly salary was 1,701 euro per month. This is also the highest recorded record. The historical maximum in this sector was 1,716 euros. This is a 7% increase in salaries in the services sector.

‹ ›
Keywords:
SalariosPerdidoPuntosPoderAdquisitivo2008
Your comment has been forwarded to the administrator for approval.×
Warning! Will constitute a criminal offense, illegal, threatening, offensive, insulting and swearing, derogatory, defamatory, vulgar, pornographic, indecent, personality rights, damaging or similar nature in the nature of all kinds of financial content, legal, criminal and administrative responsibility for the content of the sender member / members are belong.
Related News