Setback for Macron: he loses the absolute majority and the extremes consolidate

The president will need allies to promote his reforms, such as the pension reform, in a context of geopolitical and economic uncertainty. 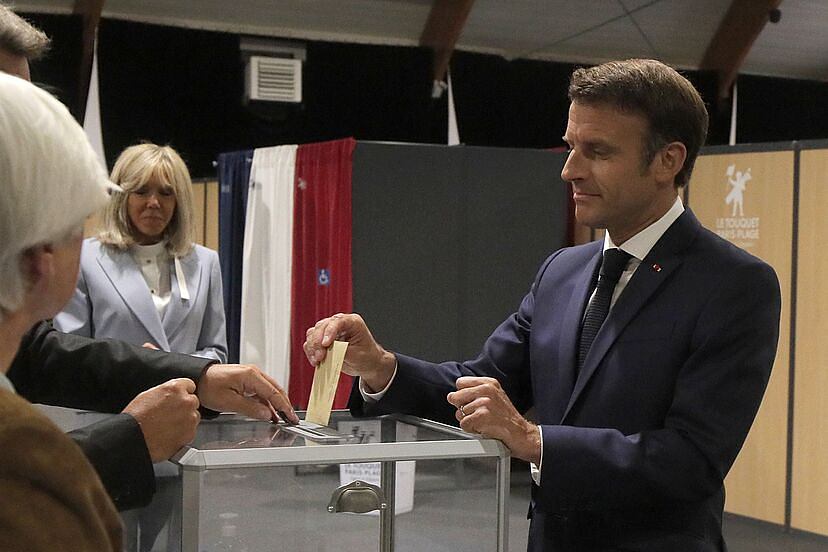 The president will need allies to promote his reforms, such as the pension reform, in a context of geopolitical and economic uncertainty. The extreme right, third force in seats.

France, the second largest economy in the eurozone, is entering a new phase marked by instability. The President of the Republic, Emmanuel Macron, won this Sunday the second round of the legislative elections, although his coalition, Together, pe

‹ ›
Keywords:
EconomiapoliticaEconomíaPolíticaFrancia
Your comment has been forwarded to the administrator for approval.×
Warning! Will constitute a criminal offense, illegal, threatening, offensive, insulting and swearing, derogatory, defamatory, vulgar, pornographic, indecent, personality rights, damaging or similar nature in the nature of all kinds of financial content, legal, criminal and administrative responsibility for the content of the sender member / members are belong.
Related News