The Minister of Industry, Tourism and Commerce and Tourism, Reyes Maroto, participates this Sunday in the Saudi-Spanish Investment Forum, in Saudi Arabia, where she has attended with representatives of 44 Spanish companies to try to attract business. 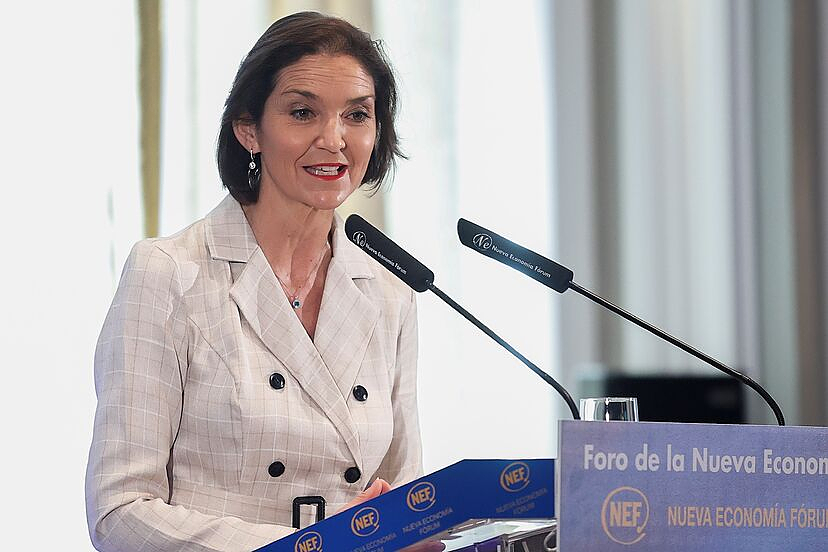 The Minister of Industry, Tourism and Commerce and Tourism, Reyes Maroto, participates this Sunday in the Saudi-Spanish Investment Forum, in Saudi Arabia, where she has attended with representatives of 44 Spanish companies to try to attract business.

As reported by the Ministry, it is about opening up business opportunities for Spanish companies in the "giga projects" that the country is planning aimed at tourism, leisure and entertainment and higher value-added production processes.

All of them, adds Industry, are leaders in sectors such as infrastructure, technology, engineering, renewable energy, water, transport, consulting or tourism data management, according to the Efe agency.

Within the framework of its Vision 2030 program, Arabia seeks to diversify its economy so that it does not depend only on oil and attract around 400,000 million euros of investment in the decade, with projects such as the tourism and entertainment developments Qiddiya Entertainment City, NEOM, Red Sea Project and Amaala Resort.