Pedro Sánchez: "The 2023 budgets will reverse all the cuts from the 2008 crisis"

Sánchez has underlined today in the control session in the Congress of Deputies that is being held today after yesterday the Government has given free rein to the processing of the budgets that the Executive has deployed 35,000 million euros to "respond" to the economic and social consequences of the war in Ukraine. 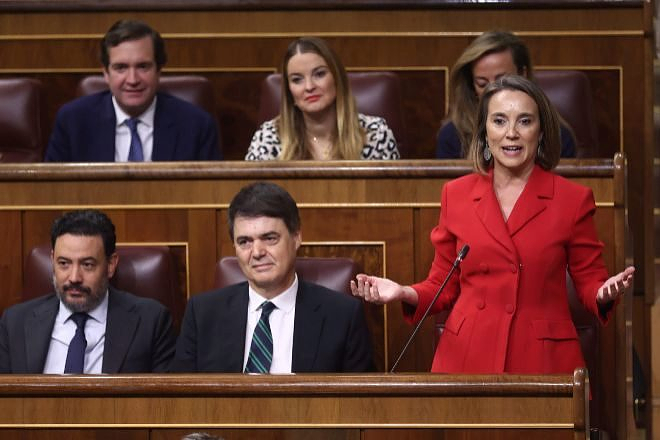 Sánchez has underlined today in the control session in the Congress of Deputies that is being held today after yesterday the Government has given free rein to the processing of the budgets that the Executive has deployed 35,000 million euros to "respond" to the economic and social consequences of the war in Ukraine. He reproaches the PP for its refusal to support the measures promoted by the Government to "protect the middle and working class", while the main opposition party accuses the Government of "plucking" the workers and crosses out the accounts of "pure electoral calculation" ".

The popular spokeswoman, Cuca Gamarra, has said that the Government "has lost its sense of reality" and "that is why it refuses" to deflate the Income Tax of Physical Persons (IRPF) for those with incomes below 40,000 euros annually, to reduce the VAT on basic foodstuffs to 4% when the price of the shopping basket has increased by 15%, and to extend the reduction in VAT on electricity and gas beyond December 31 "as families, freelancers and companies claim".

The head of the Executive defends that the new accounts of the State will allow the Government to have "reversed" in four years "all the cuts in the National Dependency System" that the PP "perpetrated when it governed this country."

In this sense, he explained that the social spending of these budgets will increase by 35.4% compared to the last state accounts prepared by the PP in 2018, that investment in education will increase by 62%, that the money allocated to scholarships and grants will rise by 60% and that the unit will be endowed with 51.4% more investment than Rajoy's latest budgets.

The parliamentary spokesperson for the PP, Cuca Gamarra, has stressed that the socialists "have never taken Spain out of a crisis", but rather "have put" Spain "in all of them". "And they're doing it again," she asserted a few seconds before charging back at the Budgets.

For the popular spokeswoman, the new accounts of the State are "pure electoral calculation" and seek to "buy wills" of their parliamentary partners through the "money of all Spaniards." "His partners are already reminding him, they are making him sweat," she added, paraphrasing the ERC spokesman in the Lower House, Gabriel Rufián.

Regarding the figures exposed by Sánchez, he indicated that "the record figures" of the Budgets are spending on ministries, advisers and propaganda, and recalled that at the moment there are more than 13 million Spaniards in a situation of poverty, "a figure that reached since the 2008 crisis".

"Let go of spells, propaganda and ideological prejudices, because while you distract with the rich, you dedicate yourself to fleecing the workers," Gamarra concluded, referring to the Government's criticism of the decision of the Andalusian Government to abolish the Tax about Heritage.

‹ ›
Keywords:
EconomíaPolíticaPresupuestos Generales Del Estado
Your comment has been forwarded to the administrator for approval.×
Warning! Will constitute a criminal offense, illegal, threatening, offensive, insulting and swearing, derogatory, defamatory, vulgar, pornographic, indecent, personality rights, damaging or similar nature in the nature of all kinds of financial content, legal, criminal and administrative responsibility for the content of the sender member / members are belong.
Related News