Participation in the Andalusian elections has dropped by just over two points and has stood at 44% at 6:00 p. 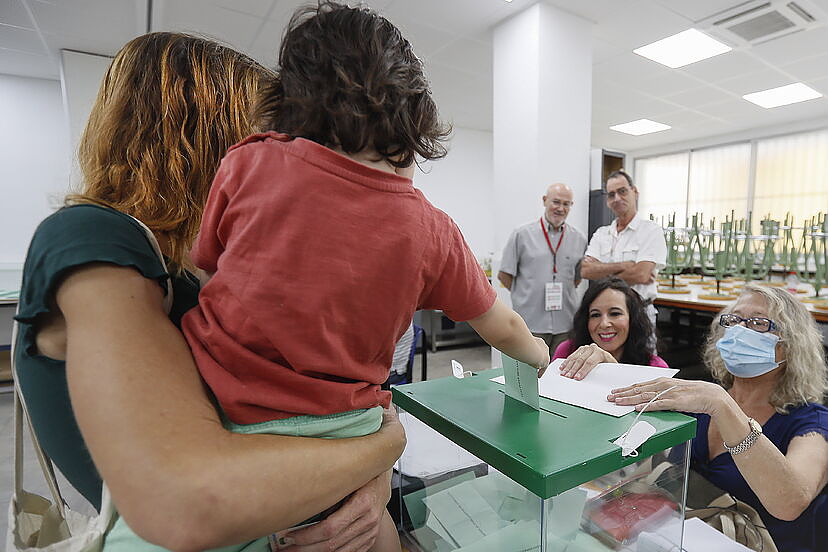 Participation in the Andalusian elections has dropped by just over two points and has stood at 44% at 6:00 p.m.

Participation in the regional elections this Sunday in Andalusia has reached, until 6:00 p.m., 44 percent of the census, which is 2 points less than in the previous elections of December 2018 (46.47%).

According to what was published by the official portal of Elections of the Board and with figures of tables communicated to 96.28 percent, until 6:00 p.m. some 2.72 million people had voted out of the 6,641,856 Andalusians who are called to vote this 19-J in the 10,189 points distributed in 3,795 polling stations in the community.

Starting at 6:30 p.m., the Andalusian Minister of the Presidency, Elías Bendodo, will appear again from the Navigation Pavilion of the Isla de la Cartuja in Seville, where the Data Dissemination Center is located, to complete these figures.

The province of Córdoba, with 48.49%, is the one that registers the highest participation rate until 6:00 p.m., while Huelva is the one that currently has the least mobilization of its electorate, with 39.90%. .

For its part, Córdoba is the province where turnout fell the least in relation to the regional elections of December 2018, with 0.40 points less, compared to Almería, which registered the greatest decrease, of 4.17 points.

By provinces, in Almería 41.78% of voters with the right to vote have already participated, compared to 45.95% who did so three and a half years ago, which is 4.17% less.

In Cádiz, 41.37% of the census has already voted, compared to the 42.92% registered in the last regional elections, which is why participation has dropped by 1.55%.

In Granada, 44.48% of the eligible population have so far exercised their right to vote, which is 4.04% less than nearly four years ago, when they reached this time with 48, 52%.

In Malaga, 43.59% of the citizens with the right to vote have already deposited their ballots in the polls, while in the past regional elections 45.64% had done so by now, which translates into a decrease in 2.05%.