Nothing Phone (1): This is the phone that wants to change the industry and compete with Apple

In January 2021, the one known for being the founder of the OnePlus mobile phone brand, Carl Pei, decided to embark on a new project with the intention of changing the sector: Nothing. 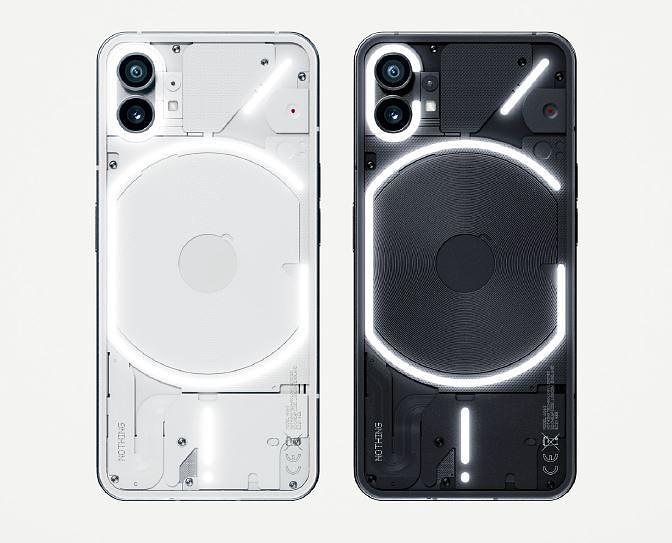 In January 2021, the one known for being the founder of the OnePlus mobile phone brand, Carl Pei, decided to embark on a new project with the intention of changing the sector: Nothing.

The idea of ​​this new company based in London was, and is, to return to innovative and creative smartphones, (reminiscent of when Steve Jobs took the stage and set the pace of the sector with great advances in the industry of the telephony) and avoid "very similar products, boring and without real meaning", according to Pei.

A year and a half has passed in which the company has only launched a pair of headphones, the Ear (1), but it has played perfectly with mystery and leaks, very much in the Apple style, to create the great expectation with which it arrives its first phone, the Nothing Phone (1), presented today in London.

Experts have not hesitated to classify the company as a great rival for those from the apple, even without knowing its terminal, but Carl Pei has managed to place the company in the media spotlight thanks to the closing of important investment rounds and the approach of their teams as something exclusive. "A lot of Android makers are just taking market share from each other and they're not doing anything very different to even try to take share from Apple," the Nothing founder said in a recent interview with the Financial Times. "I think the result of this product is that we will convert more iPhone users than other Android phones."

Of course, the features of the new Nothing Phone (1) seem to point more to the upper mid-range than to the top of the range such as the Galaxy S or the iPhone, both for the processor they mount and for the price. So is Nothing's goal to compete with the iPhone? It could be at the company level, but certainly with a more modest terminal.

And it is that launching a new brand of smartphones in these times does not seem like a great idea, but the company has shown significant support. Nothing closed a $15 million round shortly after it was announced, and in total has already raised over $200 million with the backing of GV (formerly Google Ventures), EQT Ventures, C Ventures, and well-known private investors like Kevin Lin (co-founder of Twitch), Steve Huffman (co-founder and CEO of Reddit), and former Apple designer Tony Fadell.

In addition, to increase the expectation and that feeling of exclusivity, the company opened a waiting list for users to sign up and be the first to access the purchase of the Phone (1). As they say, "with a waiting list of more than 200,000 reservations and a bid that reached more than 3,000 dollars for the first 100 silk-screened units, it is one of the most anticipated technological devices in years".

But what is so special about the new Nothing Phone (1). Well, today, after many months of waiting, it has finally been presented and all the unknowns that remained to be known have been revealed. And is it as special and revolutionary as it seems?

Without a doubt, the most striking thing about the phone is its transparent back and its LED lighting system, which the brand has called the Glyph interface. Thanks to this system, the back of the terminal will light up with different patterns (made up of 900 LEDs), being able to indicate who is calling, different notifications, the state of the battery or the charge. According to what they say, the user will be able to match the different tones along with the Glyph patterns to your different contacts, in order to differentiate them and know who is calling without having to turn the equipment around.

Nothing Phone (1) has a transparent back, revealing a large part of its more than 400 components. On the front, a 6.55" OLED screen and HDR10 with an adaptive refresh rate of 120Hz.

It also boasts of using recycled materials with a 100% recycled aluminum frame and more than 50% of the phone's bio-based plastic components. To grant resistance to the equipment, double-sided Gorilla Glass 5.

In terms of power, the company has opted for the Qualcomm Snapdragon 778G and 5G with 8 or 12 Gb of Ram and 128 or 256 Gb of storage, accompanied by a 4,500 mAh battery with fast and wireless charging. Here the truth is that the Phone (1) falls behind expectations, opting for a mid-range processor instead of a top-of-the-range one, although its performance remains to be seen.

Likewise, Pei has chosen to equip his first pure Android phone, but with a layer of customization, Nothing OS. According to the company, "it works without bloatware, just pure speed and a smooth user experience. Hardware and software speak a single visual language, with custom widgets, fonts, sounds, and wallpapers all designed in-house."

In addition, the Nothing ecosystem will allow control of other technologies without separate applications. The user will be able to control the devices of other brands from the quick configuration of the Phone (1). The first agreement to demonstrate this functionality is with Tesla, being able to unlock the doors, turn on the air conditioning or see the remaining kilometers from the phone easily.

Also striking is the integration with NFTs whereby the user will be able to view their NFT collection and track minimum prices directly from the Phone's home screen (1) through the NFT Gallery.

When it comes to cameras, Nothing says that you don't need many lenses to offer good photos, so it has decided to equip your phone with two (and a design that is very reminiscent of the iPhone). The Phone's dual camera (1) has two advanced 50MP sensors, with a main camera equipped with the Sony IMX766 lens. In addition, it offers /1.8 aperture, dual image stabilization and 10-bit color video. Thanks to artificial intelligence, it boasts that functions such as night mode and scene detection adapt to the moment.

Additionally, the Glyph ring can be activated to light up the scene.

Sales will begin at 08:00 a.m. on July 21, 2022 and in Spain it can be purchased at Amazon.es, Fnac (online and in stores), Másmóvil, PCComponentes and WOW Concept.