Fears expressed by different analysts in the United States in recent days were confirmed when it was revealed that Elon Musk, the billionaire tycoon, was withdrawing from the purchase of Twitter. 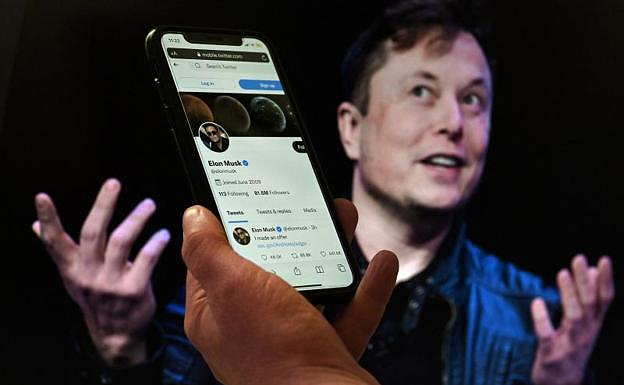 Fears expressed by different analysts in the United States in recent days were confirmed when it was revealed that Elon Musk, the billionaire tycoon, was withdrawing from the purchase of Twitter. He had agreed to the transaction since April for a sum of 43,394million dollars (40,495million euros at the exchange rate). The deal was financed with different loans and its assets. It was also endorsed and approved by the board members of the social media network. The lawyers for Tesla's owner blame the latter for cancelling the operation by breaking his earlier commitment.

Musk's legal advisors sent a letter to Twitter's legal team and it was later published by the US Securities Market Commission. They stated that the company is in "material breach of multiple provisions" of the agreement.. They refer to the fact they were not provided with reliable information on the number and activity of fake profiles and accounts on the social network, and the number and activities of bots that operate through them (false user created by artificial intelligence).

Although the company provided him with some internal numbers, Musk's advisors feel that these figures are not sufficient to determine the true extent of the problem and evaluate Twitter's business prospects. The magnate's lawyers also stated that they would be "false representations" which would indicate a "gap in the original agreement. This would lead to a breach of his contractual obligations, sufficient cause for him to cancel it.

Musk's advisors argue that they can avoid the 1,000 million dollar penalty in the pact clause in the event of a reversal by using this argument. However, legal action is expected. According to the technology entrepreneur, the purchase must have a minimum of 5% false accounts. Musk believes that the true number is four times greater than the estimated bot count by social network administrators.

The price of Twiiter dropped almost 6% on Friday after hearing the news. This puts the cumulative collapse in its share value since Musk's April offer at over 35%. The proposal was 54.2 USD per title on the social network. On the last day, they were only 36.6 dollars and there is a possibility of falling further.

‹ ›
Keywords:
ElonMuskLanzaUltimatumTwitterAmenazaSuspenderCompra
Your comment has been forwarded to the administrator for approval.×
Warning! Will constitute a criminal offense, illegal, threatening, offensive, insulting and swearing, derogatory, defamatory, vulgar, pornographic, indecent, personality rights, damaging or similar nature in the nature of all kinds of financial content, legal, criminal and administrative responsibility for the content of the sender member / members are belong.
Related News